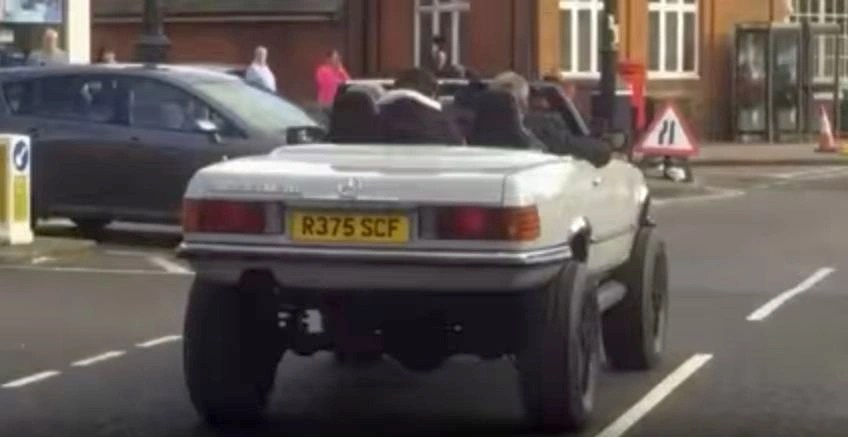 Old Top Gear trio of Jeremy Clarkson, Richard Hammond and James May were spotted filming for their new car show which airs on Amazon Prime. The team were seen driving a modified Mercedes-Benz convertible with raised suspension and off-road tires.

They were seen cruising down a street of Cobham in the UK with Jeremy Clarkson behind the wheel of the obnoxious Mercedes-Benz. People can be seen filming the odd looking Mercedes barely noticing the star occupants.

Jeremy pulls up alongside the person shooting the video and asks in a comic tone if he was filming the car because it was excellent. Typical Clarkson.