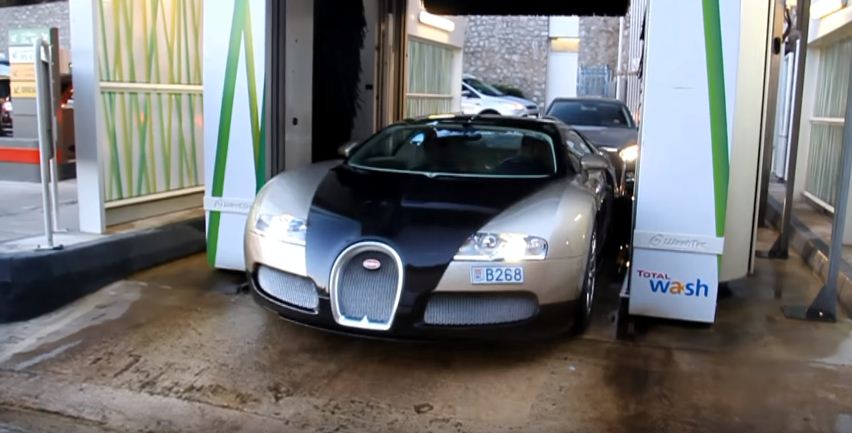 The following video was shot at a fuel station inMonaco. The city is home to the super rich and has the highest number of supercars per capita than anywhere else in the world. So, while the Veyron is being cleaned, a Lamborghini Aventador stops by and if you look closely you can spot Shmee150 drive by in his McLaren 675LT.

Shmee150 and his ‘Blue Crew’ were in Monaco just few days ago. He was accompanied by a BMW M2 and an ABT Audi RS6.

How not to wash a Bugatti Veyron: