This Nissan GT-R Police Car looks straight out of Need For Speed. If you’ve already played NFS 2015, you will know what I’m talking about.

So, who is behind this crazy cop car concept?

If you will be surprised to know that Nissan themselves built the GT-R police car as a project. It is called “Police Pursuit #23” and it’s based on an R35 Nissan GT-R of course. 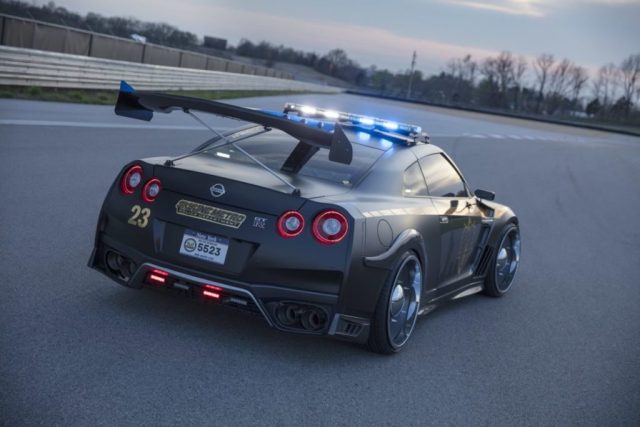 The exterior modifications on this Nissan GT-R Police car are pretty extensive. For starters, it has a wide body kit and at the rear is a massive spoiler. The front is kitted out with a bull bar, in case it ever required to conduct a pit maneuver during a pursuit, a full set of flashing lights and a siren.

The custom 22-inch deep dish alloy wheels though really stand out. We think those look magnificent. 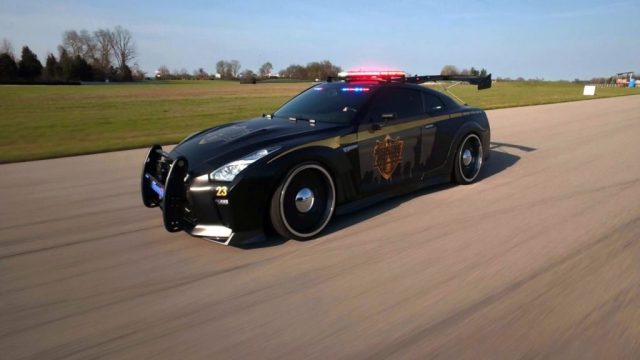 At its heart is a 3.8-liter twin-turbo V6 that churns out 565 hp and 467 lb-ft of torque. Moreover, to keep weight down, Nissan has used a lot of carbon fiber components. It has a carbon fiber/glass front wide-body fenders, carbon fiber rear fender flares. customized front bumper, a custom carbon fiber rear wing with custom wing mounts and carbon fiber side mirror housings.

What do you think of this Nissan GT-R police car? Let us know in the comments section below. 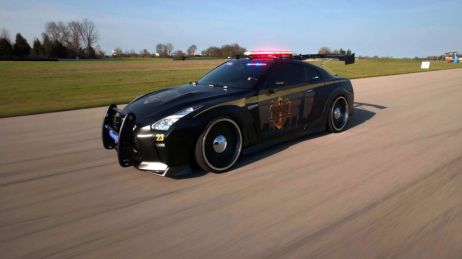 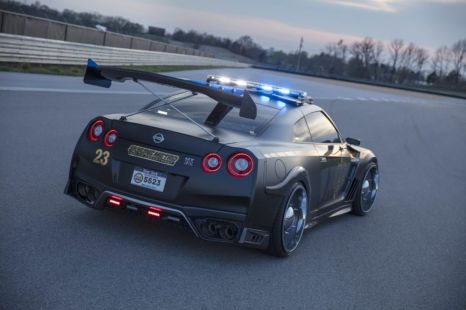 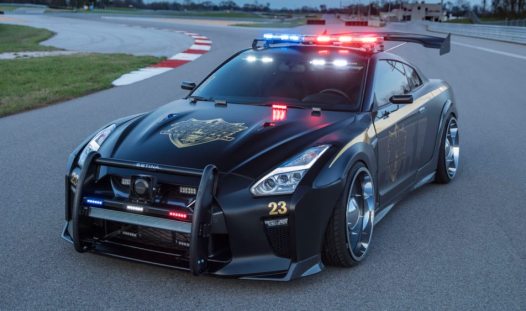