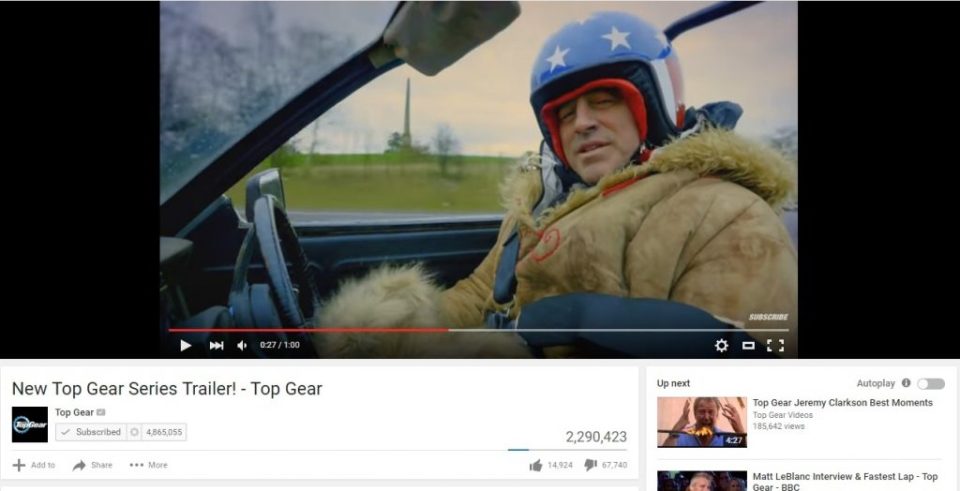 This is just unprecedented. New Top Gear trailer has more than 67,000 dislikes on Youtube. Clearly, people are already not happy with BBC motoring show that recently sacked Jeremy Clarkson following a fracas with a producer.

Following the incident, Clarkson, Hammond and James May parted ways with the BBC series and have since then signed up for a new car show that will air on Amazon Prime. We love Top Gear and it was made great by the old trio. Now, with the old team gone, it seems like an uphill task to please a million strong team of fans.

Also see: New Top Gear starts May 29- What to expect