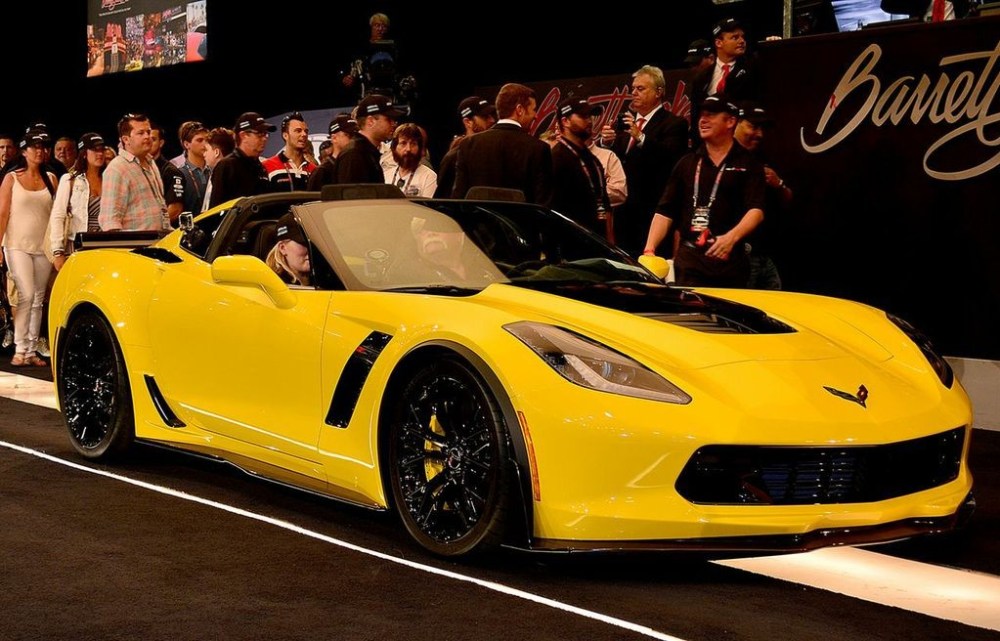 Rick Hendrick owns a NASCAR team. Now, is also the owner of four “first edition” Corvette C7s. He certainly seems to have feelings for the new Chevrolet Corvette. The purchases began when GM first brought the 2014 Corvette Stingray to the auction blocks. Later, Hendrick also bought the convertible version that showed up at Barrett-Jackson.

The seventh generation Corvette is a stunning looking thing and pretty damn powerful as well. The Corvette Z06 that followed is even more powerful than the standard C7 Stingray. It also adds a unique aerodynamic kit for added downforce and uses carbon fiber panels to cut down on weight.

The Corvette Z06 and Z06 Convertible were the other two cars that soon featured at Barrett-Jackson and Rick Hendrick of course present to place a bid. Thus, with a total bid of $800,000 Rick took home all four “first edition” Corvette C7s.