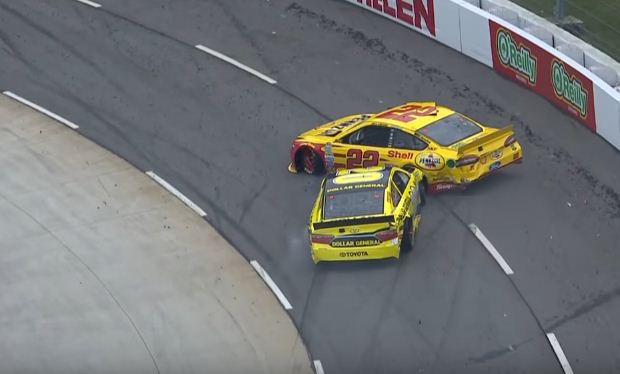 The short oval of Martinsville Speedway played host NASCAR this weekend. Matt Kenseth in the #20 Toyota made all the headlines as he took out fellow driver Joey Logano in the #22 Ford.

The occasional bump and scratch is normal in a NASCAR race and throughout history there have been instances where drivers have overreacted. However, the latest incident between Kenseth and Logano is been scrutinized for foul play- something that’s rare to this sport.

Apparently, Kenseth took out Logano as a payback for a clash that took place at another race. In the following video, Kenseth can be clearly seen bumping into the #22 Ford on purpose until Logano’s car hits the barriers bringing out the red flag.