Just look at those tires! You don't see those on a Hummer H1 often!

Mil-Spec Automotive’s modified Hummer H1 is going to be in our wish-list forever. But the company has no plans to build anymore of these.

Mil-Spec Automotive makes a living out of transforming military grade Hummer H1 trucks into custom daily drivers. They are doing pretty good these days. Operations in Michigan and Kansas, the inaugural offering called the Launch Edition on the racks – life is good. But when they were done with the test mule which went through all the trouble to perfect the Launch Edition, the team decided not to crush it or sell it off. They wanted to make something very special out of that hardworking mule which survived everything that the builders threw at it.

And thus, this one-of-a-kind Humvee was born. An 800 hp, 1,500 lb-ft “Track Titan”, which has been built on the 1987 AM General HMMWV test vehicle that survived the ordeal. Created by the Skunk-Works team which in turn was the brainchild of Mil-Spec Automotive CEO Adam Mitchell, the one-off creation has a 6.6 LBZ Duramax engine mated to a stage 5 Allison 1000 transmission. The same powertrain which produces 500 hp of power and 1,000 lb-ft of torque in the Launch Edition definitely proves that it is capable of a lot more than what it does under the hood of the daily-driver version.

The team took 2 months to rebuild the powertrain test mule into the form that you see in the images. And do note that only some of the members of the Launch Edition development team were involved in the passion project. 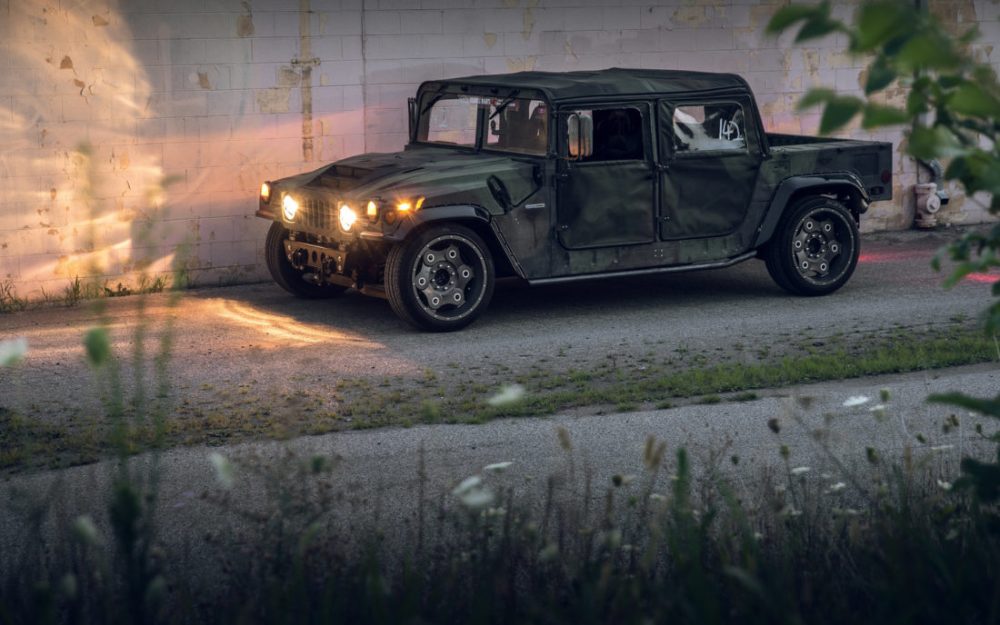 Keep your wallets and checks to yourselves. Mil-Spec Hummer H1 track truck is a one-off. And it’s not for sale.

With all the focus being directed to making this truck fall madly in love with a track than an obstacle course, the suspension geometry was changed, the ride height was dropped by 7 inches, a stiffer chassis setup was adopted and custom wheels along with tarmac-hugging Pirelli P-Zero tires were thrown in. The interior has a roll bar, Sparco racing seats, MOMO race-spec steering wheel and powertrain kill switch. 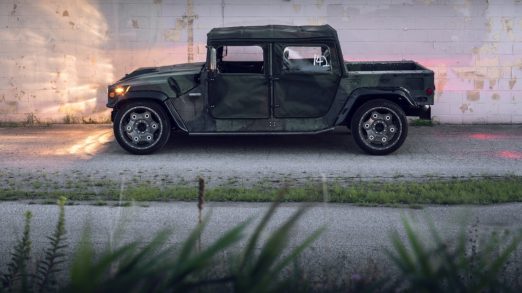 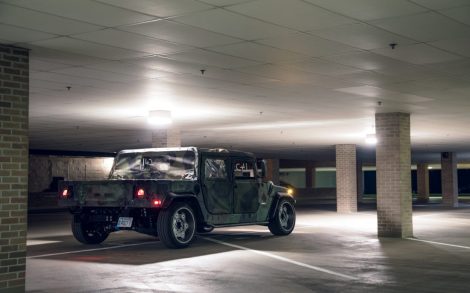 The company site also claims that the ARB Air locking differential in place allowed from some wild “tail-happy” shenanigans in their parking lot. We take their word for it as the Mil-Spec Hummer H1 put up quite a show at the 2017 Roadkill Nights on Woodward Ave, as part of the Woodward Dream Cruise.

It’s not every day that you get to see to a heavily modified 1987 AM General Hummer H1, beating sports cars on their own turf. Running down a 1/8 mile drag strip in 8.71 seconds must have shattered the egos of many.