Schumacher has himself clocked no less than 8000 kilometers on this car.

Michael Schumacher is one of the legends of Formula 1 and back when he raced for Ferrari he was gifted a Ferrari Enzo for his achievements. The car finished in Rosso Scuderia with Cuio leather was delivered to him around 2003. It had a number of interesting additions to it, including signatures of top Ferrari officials like Luca di Montezemolo and other F1 drivers. It has dedication plaques and MS logos embossed on both the interior as well as the exterior. 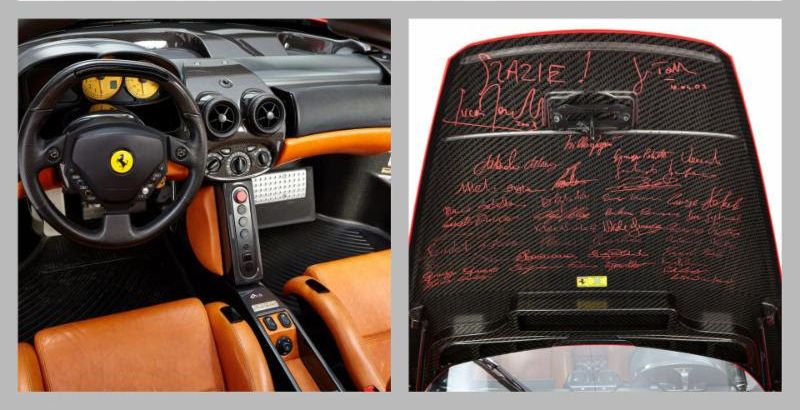 In 2013, Schumacher’s Ferrari Enzo was up for sale with Garage Zenith in Geneva along with his FXX at an asking price of $1.47 million. Now, the car has been put up for sale once again. This time ClassicMotorsforSale.com has listed it for an undisclosed price. It is fair to say that the car would have added at least a million dollar over it’s last sale price.

The website claims that a majority of the 8,364 kilometers clocked on the car were accumulated with Schumacher behind the wheel. The fact that the car has been driven by Schumacher itself adds a lot of value to the car and we expect it to sell at a much higher price than a standard Enzo.

The FXX that Schumacher owned was finished in black, the only one in this color. It is the only Ferrari FXX without a central stripe and it has red trimmed wheels, matte exhaust tips instead of chrome and Michael Schumacher’s personal logo stitched on the black racing seats.