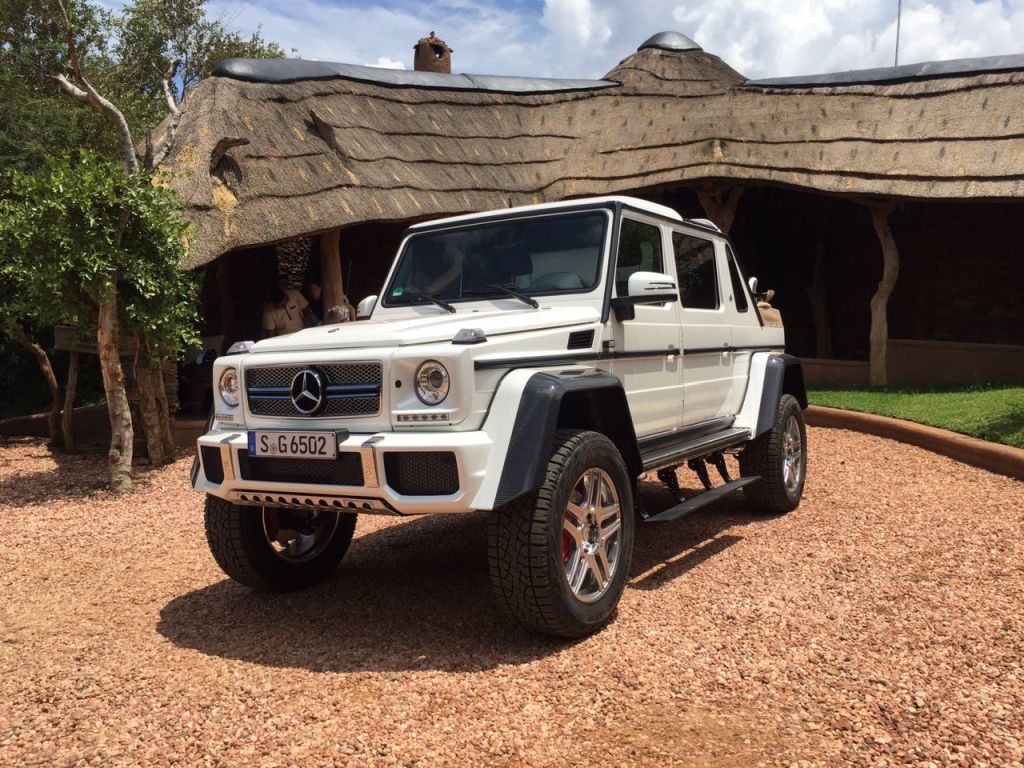 Mercedes-Benz is bidding farewell to the G-Wagon with an exclusive Maybach version. The Maybach G650 4X4² Landaulet was supposed to be revealed at the Geneva Motor Show but has now leaked weeks ahead of its official debut.

The company has released a teaser of the Maybach G650 4X4² Landaulet just a few hours ago. With this new set of images and a video, there’s little left to imagine. A journalist who got rare access to the vehicle is said to have uploaded a walkaround video of the Maybach G650 revealing all the details. More importantly, the folding soft-top which is a characteristic of the Landaulet brand.

According to unconfirmed reports, only 99 examples of the Maybach G650 will be built with a price tag of over $300,000 a piece.