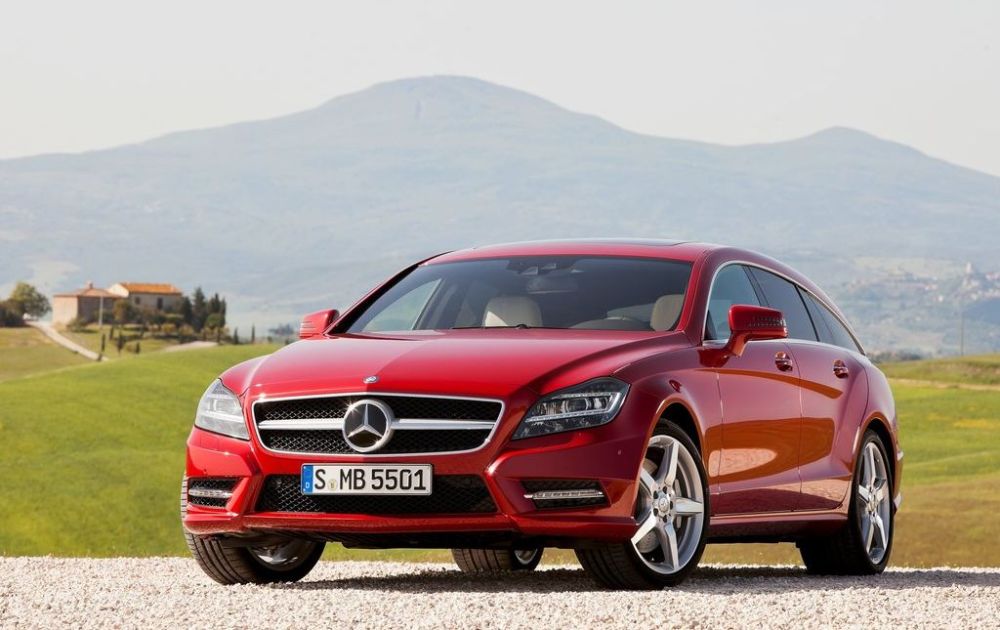 Mercedes-Benz will unveil the 2015 CLS and CLS Shooting Brake at this year’s Goodwood Festival of Speed. The sporty limousine is expected to feature subtle design changes on the same lines as the latest design trends at Mercedes-Benz. For the first time, the new CLS will feature the “star grille” that was first seen on the Mercedes A-Class and CLA Class. Apart from that, the bumpers will be reshaped adding to the aggressive stance of the car. Other characteristic design details like the pillar-less doors coupe-like raked roof-line will be retained. The new CLS will also get a brand new set of engines. These powertrains have been re-engineered for better fuel economy and low emissions without compromising much on performance. 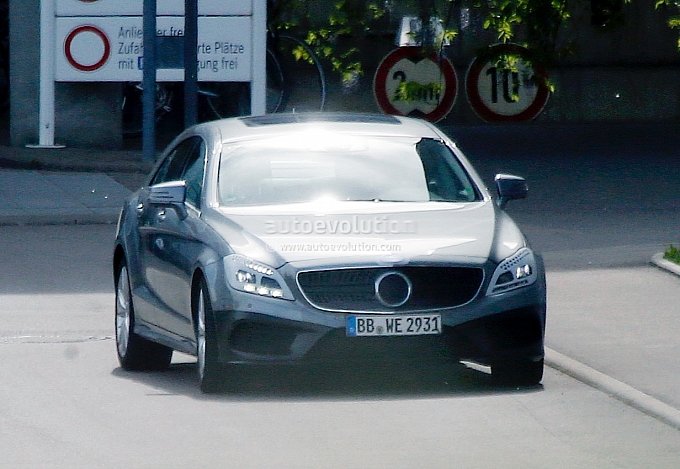 Mercedes-Benz has also promised to offer something called “Active Multibeam ILS LED system” on the modern CLS and its Shooting Brake cousin. It will use a full-LED based lighting system with complex road-monitoring technology which would actively adjust the headlight beams for improved visibility and road safety. The new engines on the car will include a twin-turbocharged V-6 that will replace the current 3.5-liter V-6. It is expected to be slightly more powerful and torqueier than before. The old CLS 350 will be discontinued and replaced with a new CLS 400 variant. Also on the menu, could be the hyped 9-speed dual-clutch automatic transmission. Thanks to the new 9G-Tronic gearbox, the new CLS would more economical than before.

Although, Mercedes-Benz has not revealed any official details about the upcoming CLS, we expect to hear some news ahead of the Goodwood unveiling. Our friends at Autoevolution have just posted a couple of spy shots of the new CLS in bare metal. The grille and and headlights have been taped up but the rest of the car is clearly visible. One can also notice the Active Multibeam ILS LED system fitted to the car.