Following the presentation of the concept at the Frankfurt Motor Show last year, the Mercedes-AMG Project ONE is fast coming to life. In a short statement, Mercedes said that they have been working on the hypercar very “intensively” behind closed doors for the past several months. Meanwhile, customers of the $2.7 million hypercar will be gathering in Munich this week to spec their cars and sign the official contract, as we exclusively reported earlier this month. What’s more, on-road testing of the car has begun, which suggests that series-production is not far-off.

The testing is currently being carried out not on public roads but at a secret facility in England. We think that “secret facility” could be the Millbrook Proving Ground in Bedfordshire. Mercedes even went ahead of the spy photographers and released a set of images of the prototype testing at the location. Besides missing a few components, the prototype remains pretty faithful to the concept. We can even see a number of GoPros installed on the car so we can also look forward to some footage of the car in the near future, not to mention the exhaust note which Mercedes has described as a “characteristic F1 sound”. 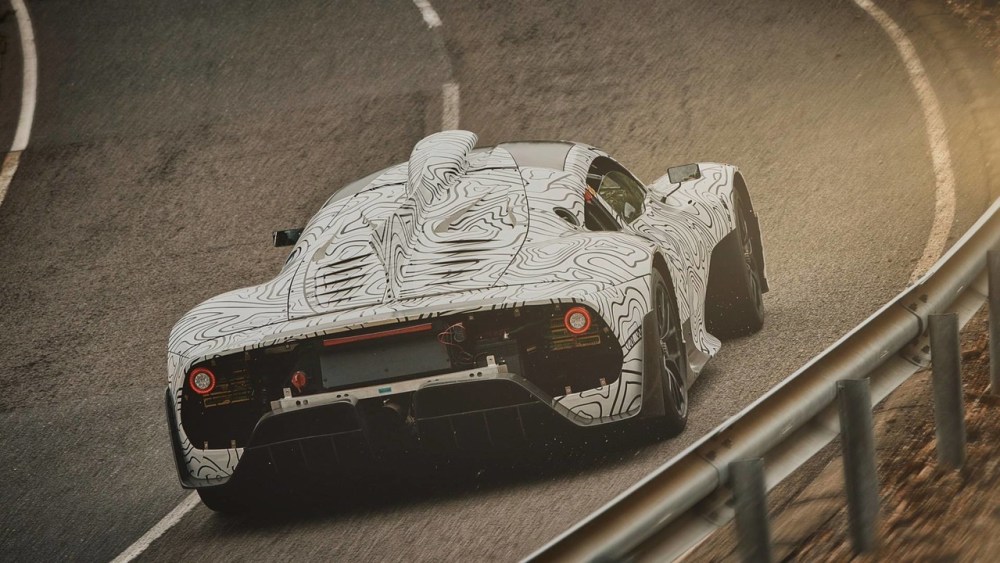 Prior to being advanced to road testing, the Project ONE has already logged hundreds of hours on virtual test beds. The car’s high-tech powertrain has been subjected to the “toughest virtual race track tests” on the dyno at the Mercedes-AMG High Performance Powertain facility in Brixworth, England.

Mercedes-AMG is still not willing to release the final specs and performance figures of the car but we suspect they too are coming soon. What we know as of now is that the Project ONE will be powered by a turbocharged 1.6-liter V6 engine adapted from the company’s Formula 1 car which will produce around 670 hp. Four electric motors producing close to 350 hp will help the total output exceed 1000 horsepower. One motor is built into the turbocharger, one sits in the combustion engine, and the other two are positioned on the front axle. The powertrain will screech up to a monstrous 11,000 rpm and allow the Project ONE to be able to sprint to 60 mph in just about 2.6 seconds, and on to a top speed of 217 mph (349 km/h).

Our sources tell us that the production-spec Project One could be revealed at the 2018 Paris Motor Show in October. We can also expect Mercedes to announce the final name of the car at the event. 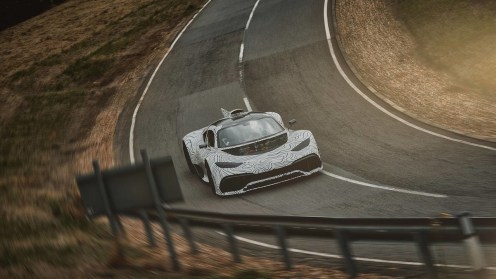 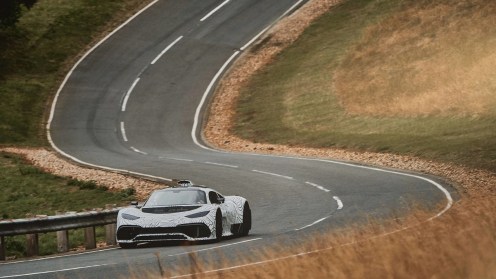 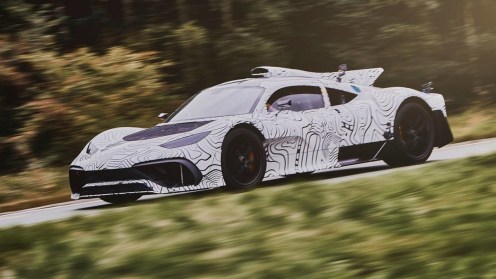 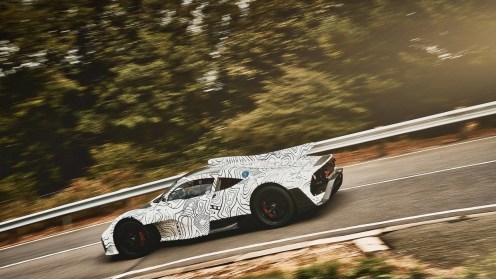