The Mercedes-AMG One hypercar has set the new fastest lap time for production cars at the Nurburgring Nordschleife. It lapped the 21 km racetrack in 6 min 35.183 seconds.

AMG One beat the previous lap record of 6 min 38.835 seconds set by the Porsche 911 GT2 RS MR, which remained unbeaten since June 2021. The car was driven by Maro Engel, who also has the Mercedes-AMG GT Black Series record to his name as well. 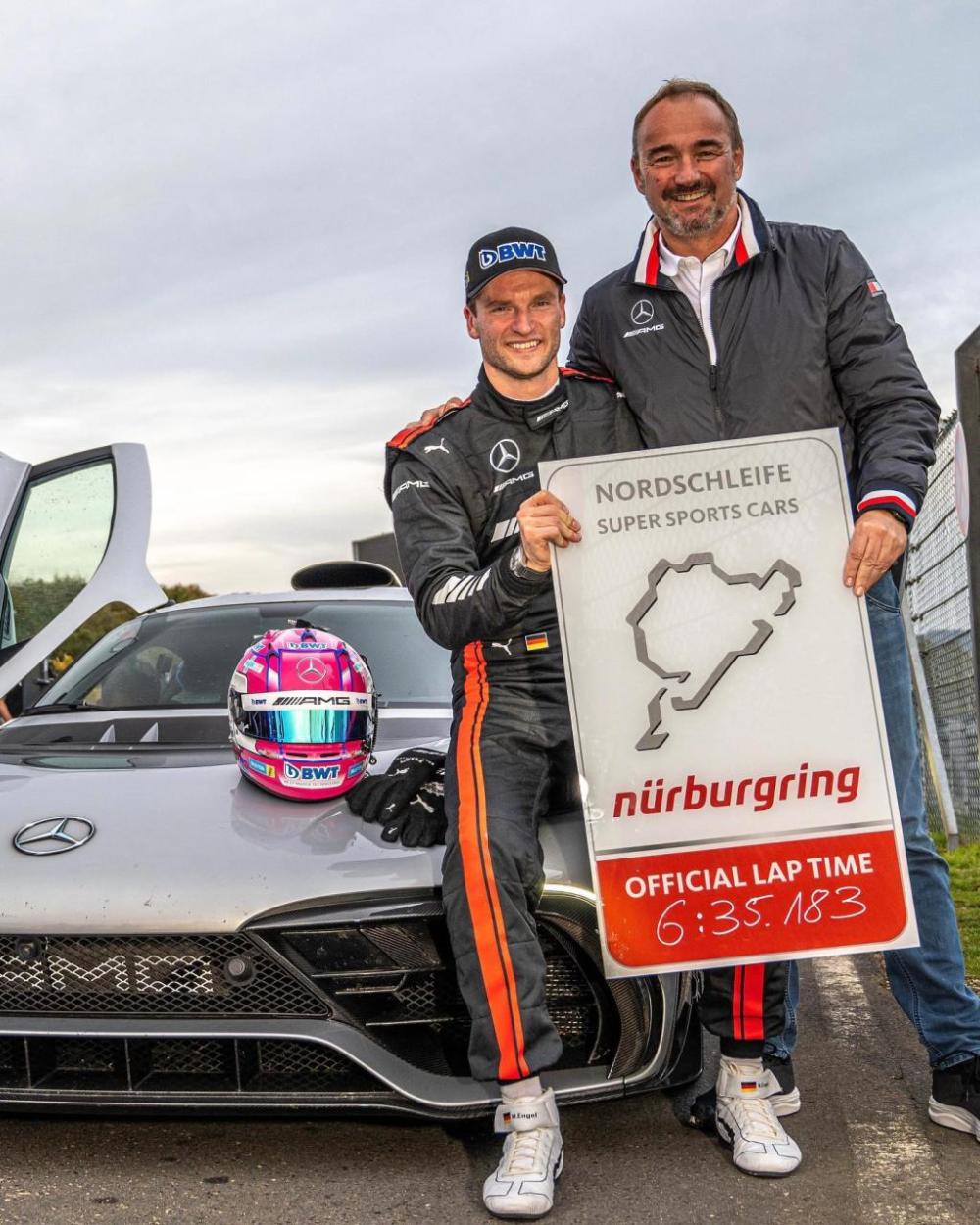 According to Mercedes, the sun was out on the day of the record. However, the tarmac was still damp in some places, making it less than ideal.

The Mercedes-AMG One is powered by the same engine that propels Lewis Hamilton’s F1 race car. It’s a 1.6-liter turbocharged V6 that revs to 11,000 rpm. The IC engine is paired with two electric motors for a combined output of 1063 hp. Mercedes claims the AMG One will do 0-62 mph in 2.9 seconds and 0-124 mph in 7 seconds. The top speed is rated 219 mph.