The Mercedes-AMG One hypercar was first presented in concept form at the Frankfurt Motor Show. Now, the carmaker has announced the commencement of deliveries, with the first car being handed over in Germany. 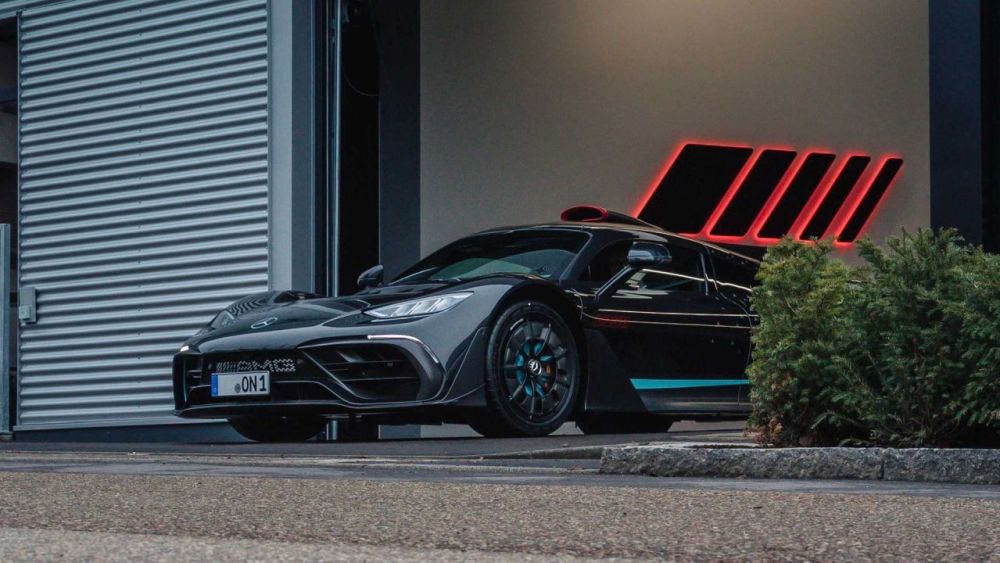 Mercedes-Benz has shared a set of images showcasing the first customer AMG One hypercar. It is finished in gloss black with light blue accents and the three-pointed star graphic on the rear section. The car also has a rather apt number plate too – “ON1”. 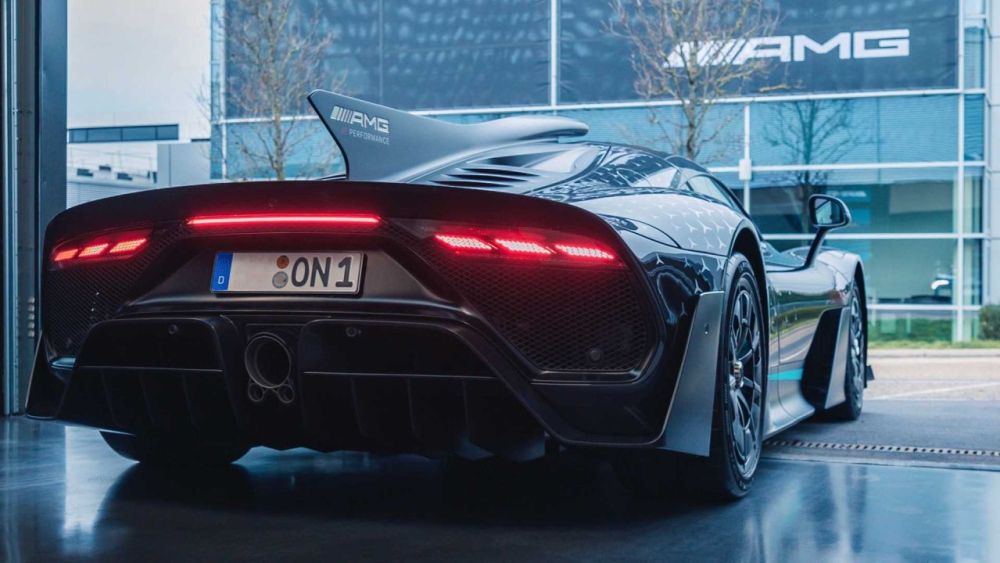 The Mercedes-AMG One was designed to be a road-going hypercar with a Formula 1 heart. It is powered by the same 1.6-litre turbocharged V6 as Lewis Hamilton’s championship-winning F1 race car. The IC engine is paired with two electric motors for a combined output of 1063 hp. Mercedes claims the AMG One will do 0-62 mph in 2.9 seconds and 0-124 mph in 7 seconds. The top speed is rated 219 mph.

Earlier, images of another AMG One had surfaced online, claiming to be the first customer car.