Lamborghini Urus has a Mercedes-AMG to beat now!

Nurburgring has a new fastest production SUV title holder. Go home Alfa. The Mercedes-AMG GLC 63 S has taken your seat as the new SUV King of the Green Hell.

While Porsche and Lamborghini are engaged in a civil war more brutal than the one between Captain America and Iron Man, Mercedes-Benz quietly went ahead and secured a Nurburgring lap record. Not for the fastest production car around the Nordschleife track, but for the fastest production SUV to conquer the Green Hell. All hail the new King – the Mercedes-AMG GLC 63 S.

The lap record for production SUVs belonged to the Alfa Romeo Stelvio Quadrifoglio which had lapped the circuit in 7:51.7 last year. Completing the ordeal in a whopping 7:49.369, the Mercedes-AMG GLC 63 S 4 MATIC+ grabbed the crown with ease. 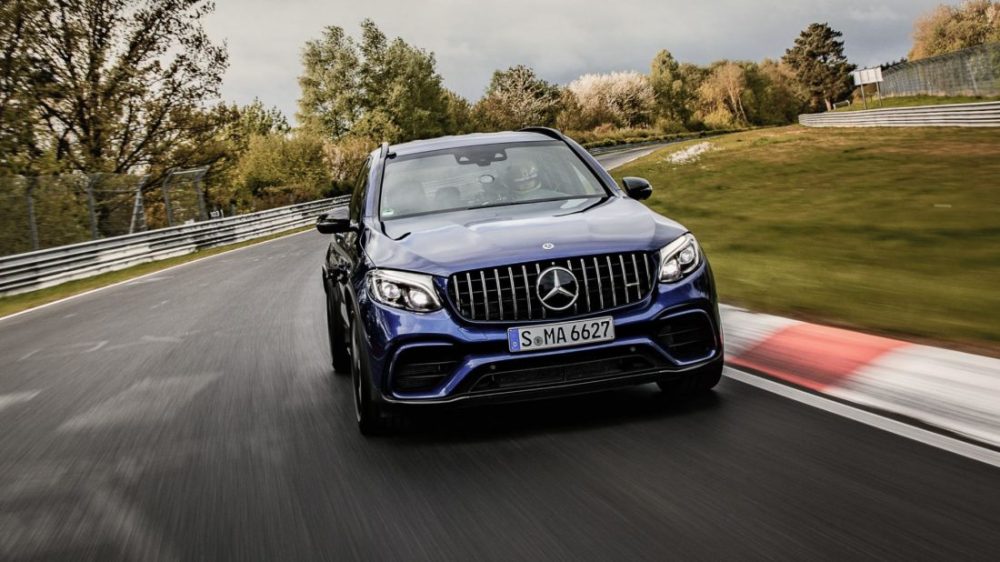 Thanks to the twin-turbo 4.0-liter V8 engine (503 hp and 516 lb-ft) powering the juggernaut SUV and the exceptional driving skills of Mercedes-AMG Development Engineer Markus Hofbauer, the brand has one more record in its kitty.

This is the second Ring lap record this year for Mercedes. Last month, the Mercedes-AMG GT 63 S 4Matic+ ran off with the “the fastest fully-fledged four-seater production car to ever conquer the legendary Nurburgring Nordschleife” title. The sedan did it by gently nudging the Jaguar XE SV Project 8 which owns the title for the fastest four-door sedan to lap the track.

We are curious to see who is getting ready to challenge the new SUV King of the Ring. Will it be Alfa Romeo with a faster variant of the Stelvio or is Porsche going to return to the ring with a more powerful Cayenne Turbo S? Or will the Lamborghini Urus arrive to burn down the whole place? Only time will tell.