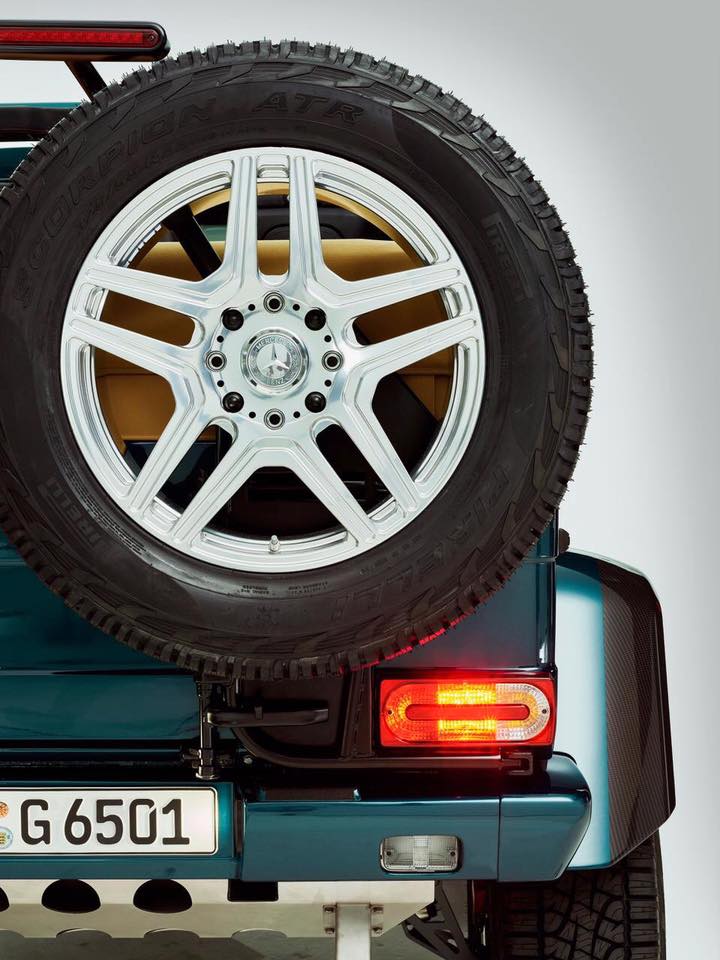 Mercedes-AMG G65 4×4² Landaulet is all set to be revealed at the 2017 Geneva Motor Show. The new V12-powered off-roader with a convertible roof will be built in limited numbers.

The G-Class, in some shape of the other has been around for 38 years. This year however, a heavily revised version of the popular off-roader is scheduled for launch. Production of the current generation will wind down with this special edition G65 4×4² convertible.

Like the 2007 Maybach 62 Landaulet, the Mercedes-AMG has given it a folding soft-top roof that extends electronically over the rear seats. In true classic fashion the fabric roof folds over the rear deck in an exposed position.

The Mercedes-AMG G65 4×4² Landaulet is expected to be powered by a 6.0-liter  V12 twin-turbo engine. It’s capable of producing 621 hp and 737 lb-ft and should be offered with a 7-speed automatic gearbox.

More details including the exact planned production numbers about the G65 4×4² convertible will be released in the coming weeks.