The Geneva Motor Show is always an exciting event for car lovers around the globe. It’s an opportunity for auto manufacturers to get together and show off all the amazing things they’ve got planned for the upcoming model year. And we get to watch it all unfold. This year, Mercedes really stepped up its game by bringing four brand-new, stunning models to the floor.

Mercedes has such a rich and varied history that it’s hard to tell where to begin. Today, the company employs 300,000 people and has cars sold in 200 different countries. But where did it all start?

The company has been around for 130 years and was born as the result of a merger between two of the first car companies: DMG and Benz & Cie. Carl Benz, of Benz & Cie, actually applied for the first automobile patent in 1886 and the rest, as they say, is history. Mercedes also introduced the first electric car concept in 1906, the first multi-valve engine in 1910 and the first supercharged engine in 1921.

We know you’re not here for a history lesson though! It’s time to check out the awesome new models Mercedes brought to the 2017 Geneva Motor Show. 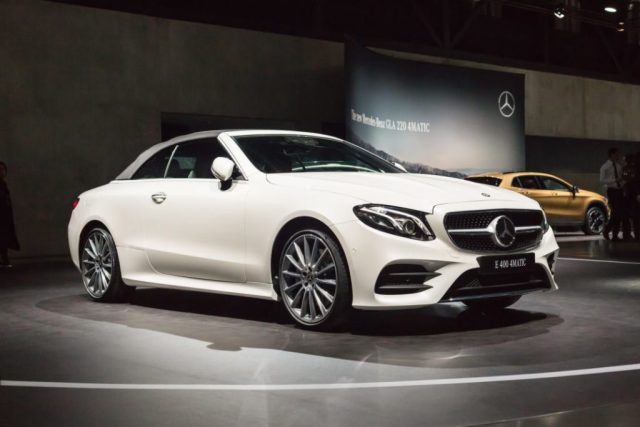 The first car we took a look at was Mercedes’ new E-Class Cabriolet. This sleek convertible comes with two engine options: a 3.0L V6 or a 4.7L V8, plus a seven-speed, automatic, paddle-shifted transmission. In terms of safety, it’s equipped with collision prevention and a new toy called “Attention Assist” that can supposedly sense if you’re getting a bit sleepy behind the wheel. With an automatic soft-top, this could be the best Mercedes for a road trip or a day at the beach! 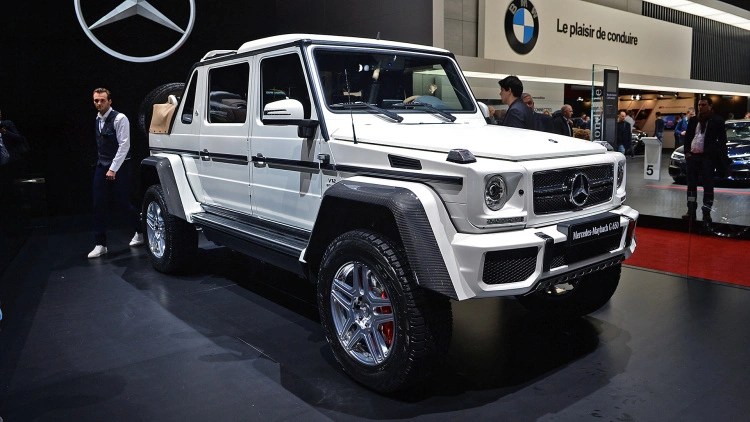 This new entry from Mercedes just rolled of the production line and it’s already being dubbed the most expensive SUV ever. But if you’re looking for functional luxury, this might just be your car.

It’s a “convertible” SUV, but the soft top only retracts from the rear seats. What really sets it apart (aside from its estimated $500,000 price tag) is the massive power under the hood. It’s equipped with a 6.0L twin-turbo V12 engine that’s capable of putting out a whopping 630hp. 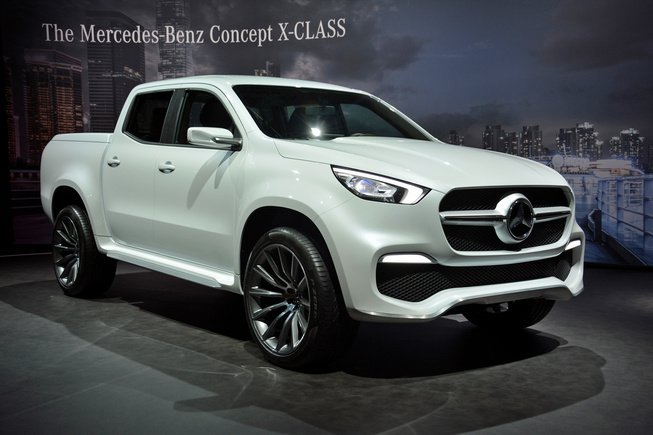 Mercedes is no stranger to the pickup truck game, but this is one of their first entries into the mid-sized truck market. Unfortunately, even with its unveiling at the Geneva Motor Show, there isn’t any information to be had about what it’s hiding under the hood. All we know right now is that it pairs off-road functionality with Mercedes’ signature luxury and that as of right now it won’t be coming to the US. 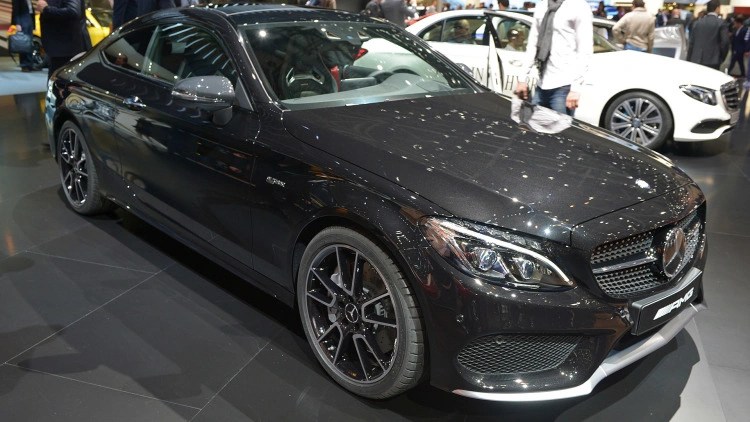 The AMG four-door coupe that made its debut on the Geneva showroom floor is just a concept for now, but it could make its way to a street near you before you know it. The new concept car will likely have a hybrid engine, which doesn’t hurt the 805 horsepower output of its 4.0L twin-turbo V8 at all.

It can be driven as a straight electric car or you can just use the electric motor to give you a bit of a boost while you’re in gas mode. Of all the models Mercedes had on display this year, this might be the most exciting!

There’s still more information pouring in about the Geneva Motor Show, so we’ll know a lot more about these new models in the coming days. As it stands, though, Mercedes fans should be bouncing with excitement over this new crop of fantastic luxury cars.