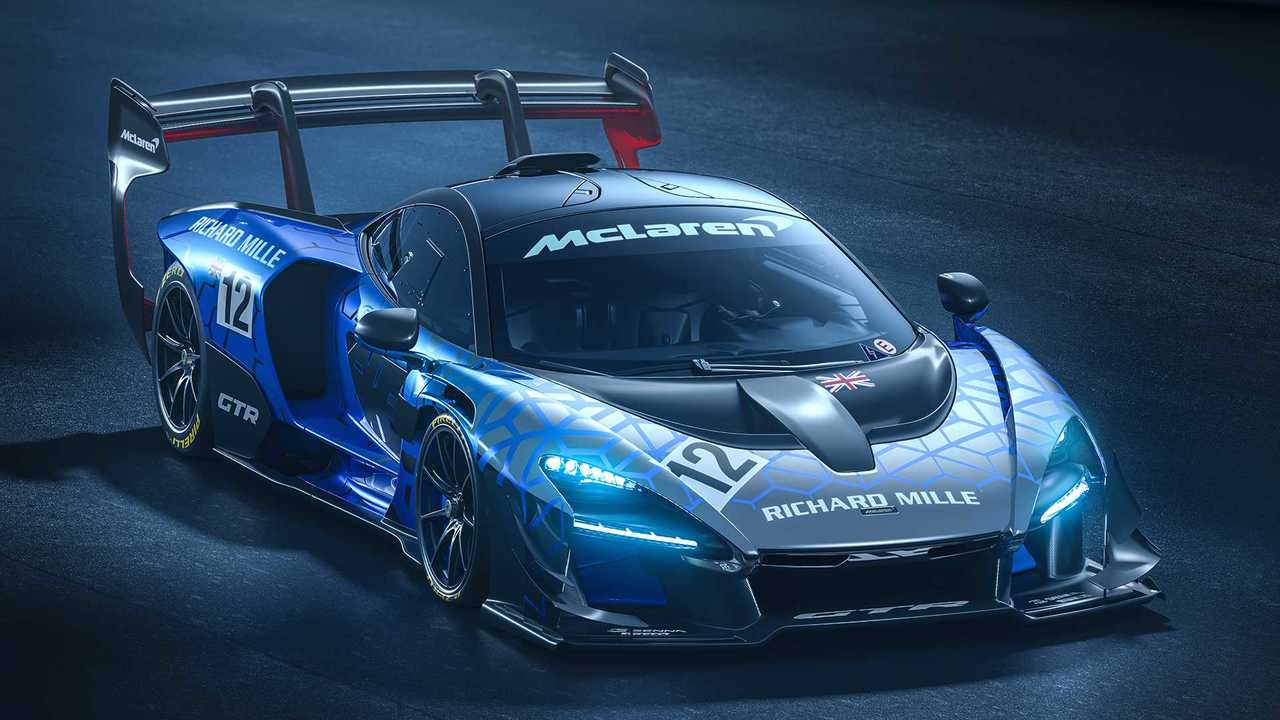 12 months after being revealed in concept form, the Senna GTR has finally debuted in its production guise. The Senna GTR is hailed by McLaren as its most track-focused Ultimate Series car yet, with the only faster McLarens being the brand’s F1 cars. McLaren plans to build only 75 Senna GTRs, all of which have already been sold at £1.1 million excluding taxes.

As if the standard Senna wasn’t already extreme enough, McLaren has somehow managed to improve the car in key areas including power, handling, aerodynamics and weight reduction. Starting with the engine, the Senna GTR is powered by the most extreme version yet of McLaren’s 4.0-liter twin-turbocharged V8 which now produces 814 hp and 590 lb-ft of torque. The extra 25 hp comes thanks to engine control re-calibration and removing the secondary catalyst to reduce back pressure which also results in an even more aggressive soundtrack from the engine. The concept Senna GTR had its exhaust outlets situated on the sides just ahead of the rear wheels. On the production car however, the pipes have been relocated to the rear deck under the rear wing in the same location as the Senna in order to reduce complexity and save weight. 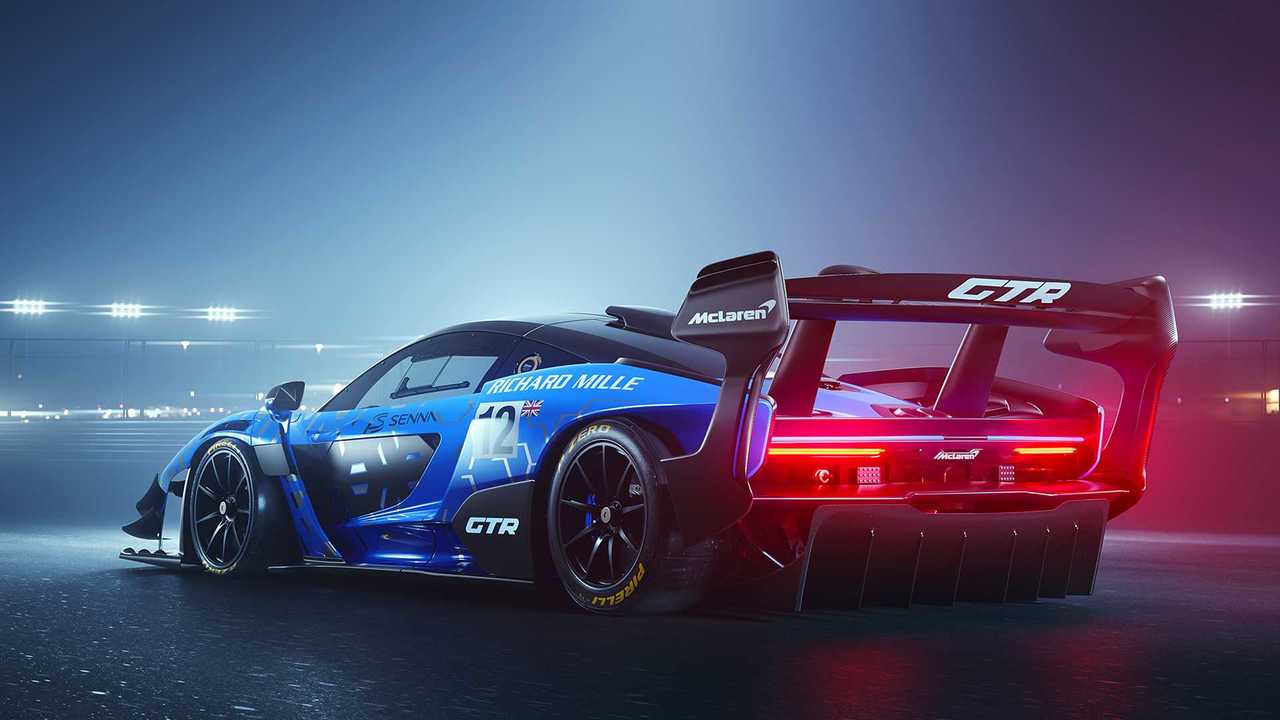 Speaking of weight reduction, The Senna GTR is 10 kg lighter than the standard car despite its wider track, extended body and the fitment of essential track equipment. The Senna GTR features a dry weight of 1,188 kg resulting in 694 PS per tonne power-to-weight ratio which eclipses any McLaren to date.

At 250 km/h, the Senna GTR generates astonishing levels of downforce, peaking at more than 1,000 kg, which is a 200 kg increase over the road-legal car. It can call on an equivalent amount of downforce to the standard car at 15% lower vehicle speed, while still benefiting from reduced drag. 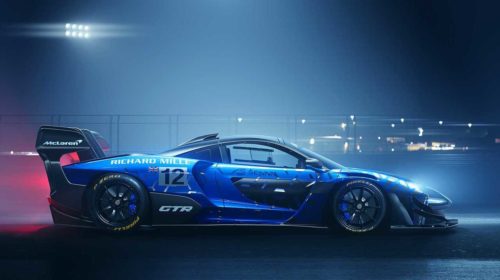 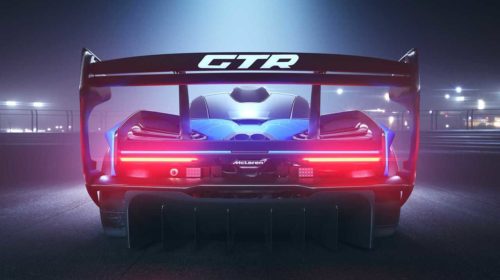 McLaren will build the Senna GTR in left-hand drive guise only, as the driving side is less relevant in a track car as well as the fact that most buyers are located in LHD markets.  The folding instrument cluster and steering wheel from the road car have been replaced by race-spec items. An FIA-approved, lightweight carbon-fibre racing seat and six-point FIA harness is fitted, while a passenger seat is available as a no-cost option. As befits a track-only car, the pared-back cabin does without airbags, infotainment and other driver aids.

Like ever other McLaren, Senna GTR customers will have access to McLaren Special Operations to customize their cars with virtually unlimited options. Deliveries are slated to commence in September 2019.

“The McLaren Senna GTR is a perfect example of our determination to bring our customers the Ultimate expression of track driving performance and excitement” said Mclaren CEO Mike Flewitt. “The McLaren Senna was designed from the outset to be an extreme track car, but the 2018 McLaren Senna GTR Concept suggested how much more further we could go and now, free from the constraints of road car legislation and motorsport competition rules, we have pushed the limits of what is technically possible to advance circuit driving capability to another level entirely.” 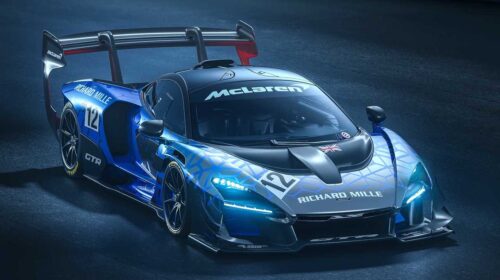 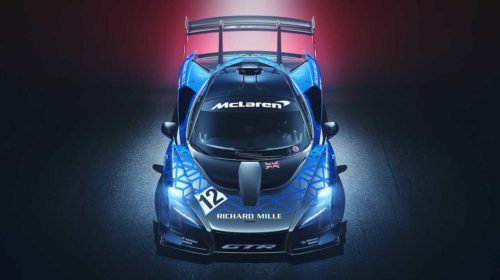 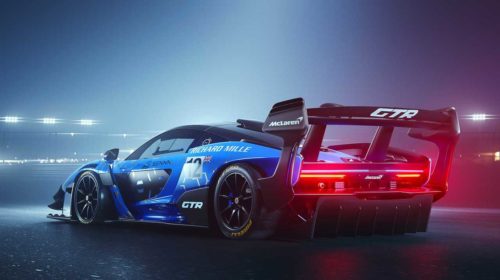