The McLaren Senna was introduced more than seven months ago but deliveries of the first cars has only recently started. Last week we saw mattress king and renowned American car collector Michael Fux take delivery of his ‘Fux Green’ Senna at his residence in New York. While, Fux might be the first person to take delivery of the Senna, the bragging rights to acquire chassis no. 001 go to David Kyte, a British businessman and car collector.

McLaren held a special ceremony in Woking to celebrate the delivery of the Senna #001. After the event, a convoy of McLarens set out for Circuit Paul Ricard in France. The convoy included three other Sennas, a 720S and a 600 LT. Bruno Senna, the nephew of the late Ayrton Senna, McLaren’s COO, Dr. Jens Ludmann and McLaren Ultimate Series Vehicle Line Director, Andy Palmer also joined for the road trip. 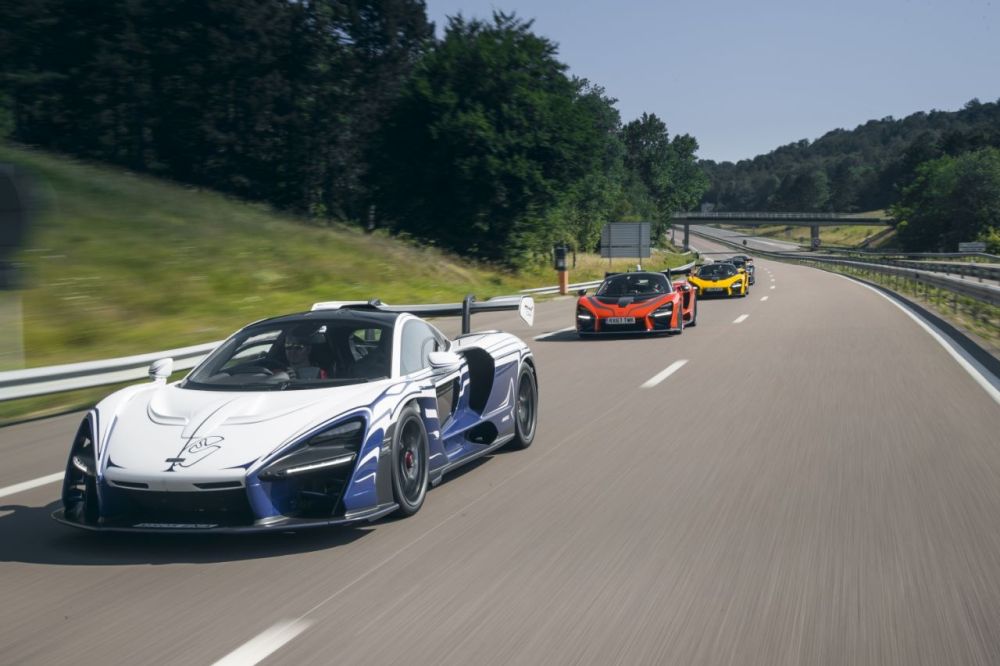 “I committed to buying a McLaren Senna as soon as I became aware that McLaren was developing the car. So, long before the name was confirmed, but leaving the McLaren Technology Center after the handover ceremony was the first time I have actually driven one”, said David Kyte. “Now, with 1,400 km covered, I’m delighted to report that as someone who rates driver engagement as crucial to driver enjoyment, the Senna has more than exceeded my expectations.”

While the design of the Senna might be controversial, there is no doubt the spec on 001 is beautiful. The spec features a “MSO Aurora Blue” and “MSO Anniversary White” paint job combined with Satin Visual Carbon Fiber for the T-Bar and fuel filler cover, roof ‘snorkel’, Burton Blue finished brake calipers and Volcano Red wheel nuts. The paintwork alone took more than 600 hours to complete. It looks a lot similar to the Bugatti Veyron L’Or Blanc. 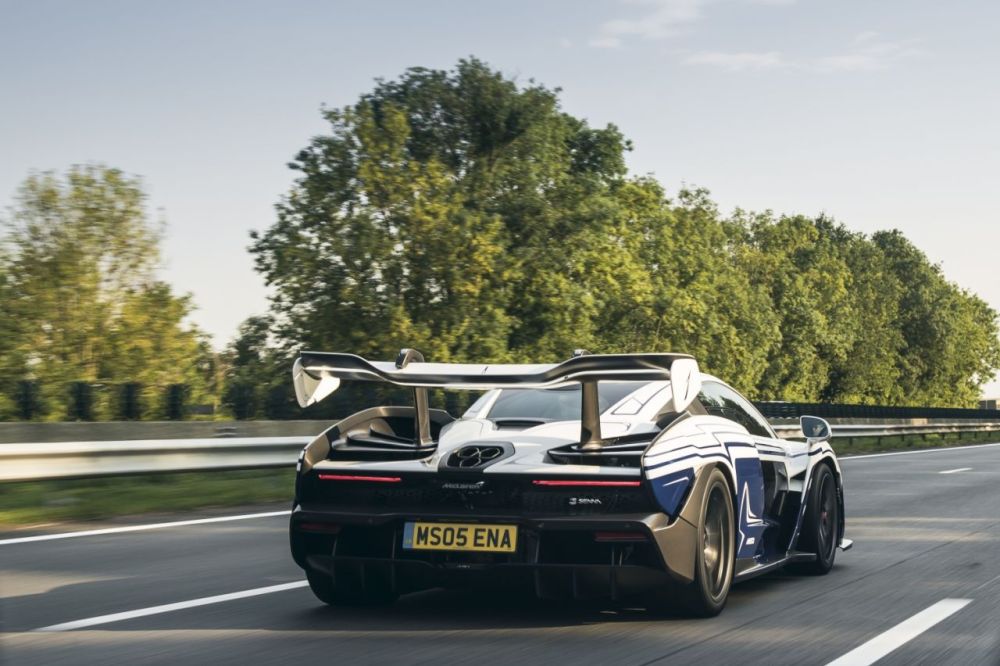 The interior has also been enhanced by McLaren Special Operations to Mr Kyte’s requirements, with MSO Bespoke interior trim in black Alcantara complemented by diamond-stitching on the seats and a Senna ‘S’ logo embroidered on each headrest, all in Harissa Red. 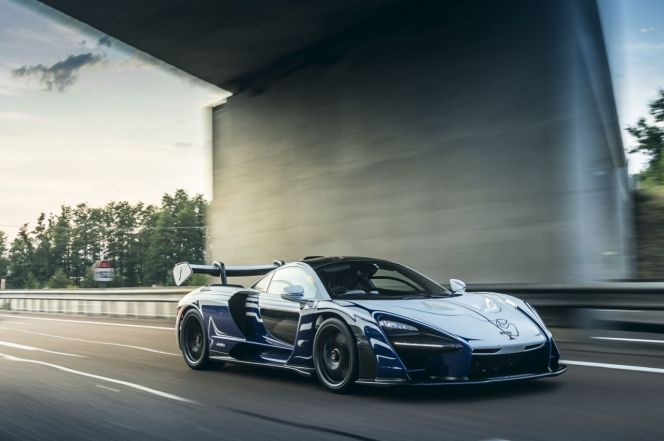 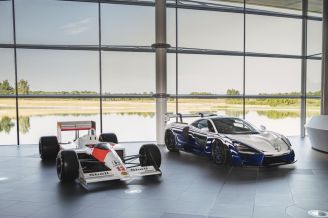 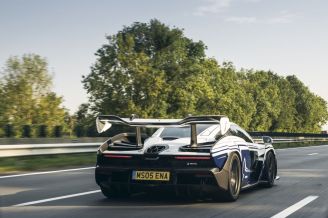 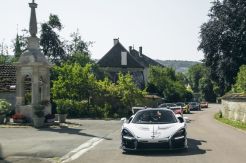 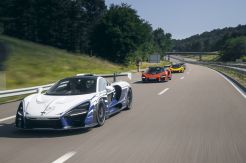 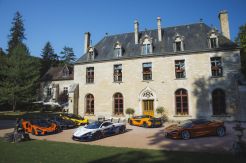 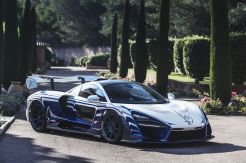