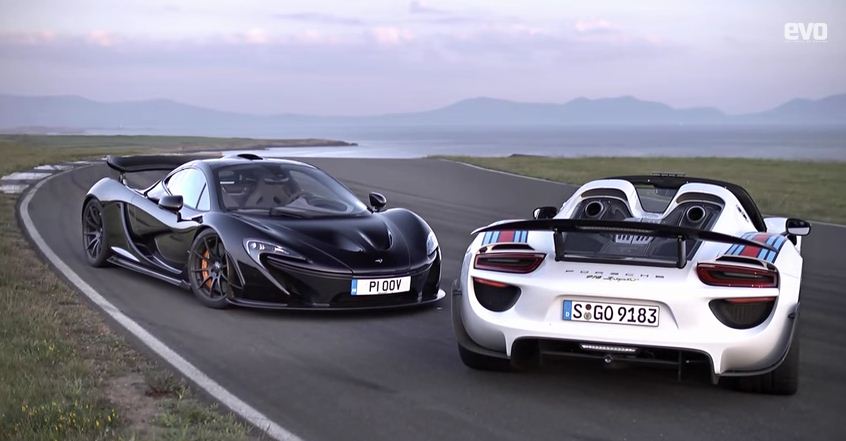 The world has driven the latest generation of hypercars and although I personally haven’t even had a sniff, it would be safe to say that each one packs an electric performance, quite literally. But, how can a motorhead not compare the three greatest hybrid supercars ever made. Hence, EVO invited both Mclaren and Porsche to a race track for a lap time duel.

Both obliged and Mclaren went first. The Mclaren P1 was quick to put a wide smile on Jethro’s face and was able to set a lap time quicker than the previous best of the Ferrari 458 Speciale. The Ferrari did have an undue advantage when it went around the short-n-twisty circuit, as explained by the presenter.

The Porsche 918 Spyder Weissach Package, despite being slightly down on power compared to the P1, did a better job by lapping the track quicker than its arch rival- thanks to all-wheel drive traction and a high-revving V8. Finally, it all came down to the tires, as the Mclaren lacked grip in the corners which took a toll on its lap time. So, how did the Mclaren P1 manage to shave almost 2 secs off its previous best? Watch the video to find out.