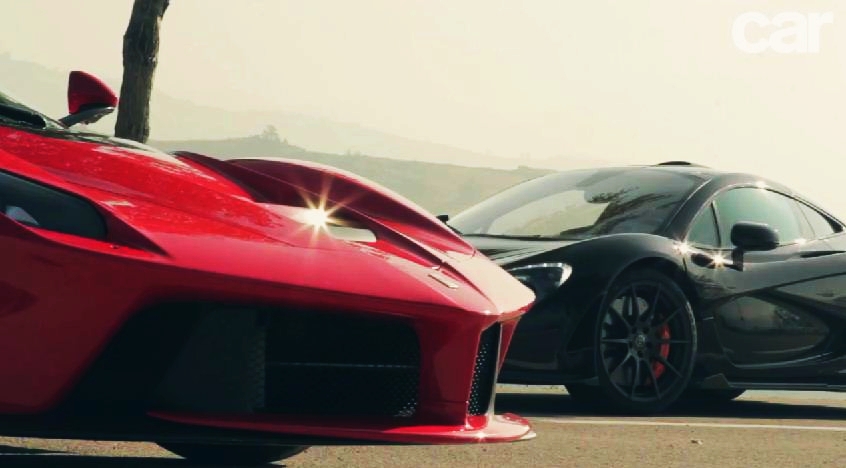 Hybrid supercars, these are the newest lot of  uber expensive, over-engineered road cars that cost in the high millions and offer the most visceral driving experience. There are three of them out there at the moment. The Porsche 918 Spyder is the least powerful among the three while the LaFerrari has the most poke. The Mclaren P1 is twin-turbocharged hybrid with over 900 hp and a carbon fiber arse full of torque.

While almost all of the top motoring publications have driven the trio, this would be the first time that the LaFerrari and P1 have appeared in a road test together. CAR Magazine got their hands on both these mean machines and took them for a drive in hills around Maranello. The road test video they’ve put up does cover the main bits, however I was expecting a little more. Perhaps, the magazine would feature a more descriptive story.