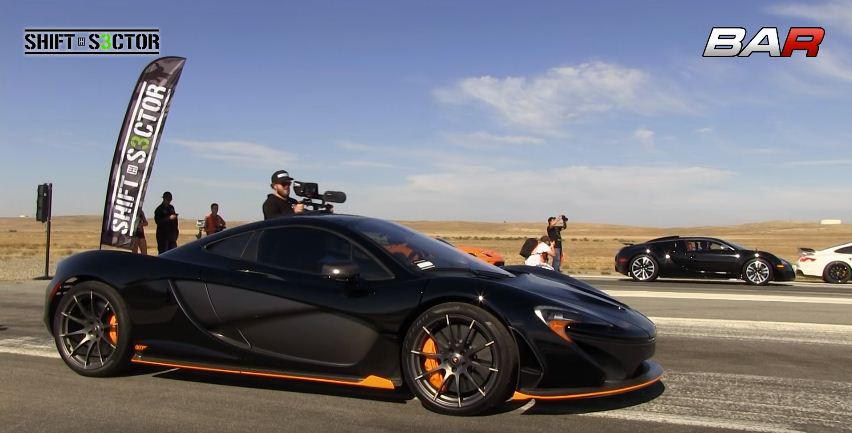 Organizing a race between two of the most expensive and exclusive supercars can be a tough task. That’s why even the guys at Top Gear haven’t yet managed to find a McLaren P1 and a Bugatti Veyron together for a drag race. But, now we don’t have to wait for Jeremy Clarkson or the fellas at new Top Gear because someone just did a McLaren P1 vs Bugatti Veyron drag race the outcome of which you wouldn’t have guessed.

What do you when you have an airstrip for yourself and a couple of million dollar hypercars to play with? You race them, of course. The contenders for the heavyweight title were a McLaren P1 powered by a 903 hp 3.8-liter twin-turbo V8 with rear-wheel drive going up against the title favorite- An 8.0-liter quad-turbocharged W16, 1001 hp Bugatt Veyron with all-wheel drive.

Who do you think will win?