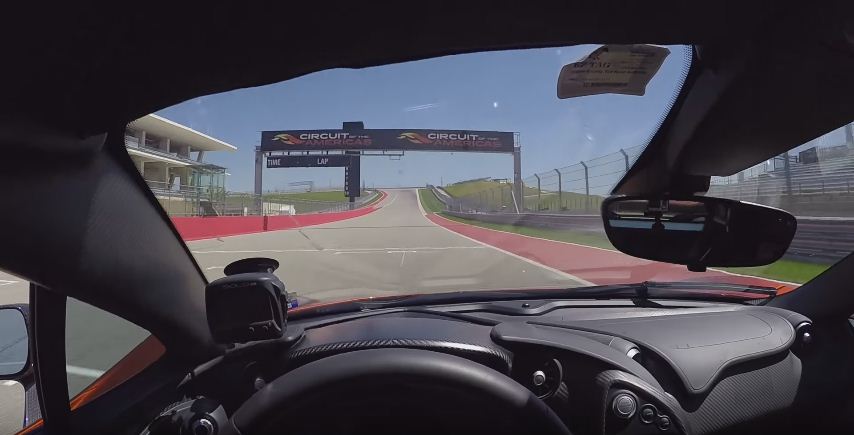 Watch a McLaren P1 lap the Circuit of the Americas track in Austin, Texas in this on-board POV video.

The following video comes courtesy of Winding Road Magazine who were kind enough to share this awesome, first person video with us. It was recorded during a charity event held at COTA probably on the sidelines of the MotoGP race.

The Circuit of the Americas track in Austin a unique race track with lots of mid-speed corners and a long straight where the McLaren P1 could open its taps. It’s a demanding racetrack where downforce and lateral grip can have huge repercussions on the final lap time.

The McLaren P1 with its 903 hp twin-turbo V8 hybrid setup and active aerodynamics has all that’s needed to attack undulating and twisty COTA.

McLaren P1 Hot Lap of Circuit of the Americas: