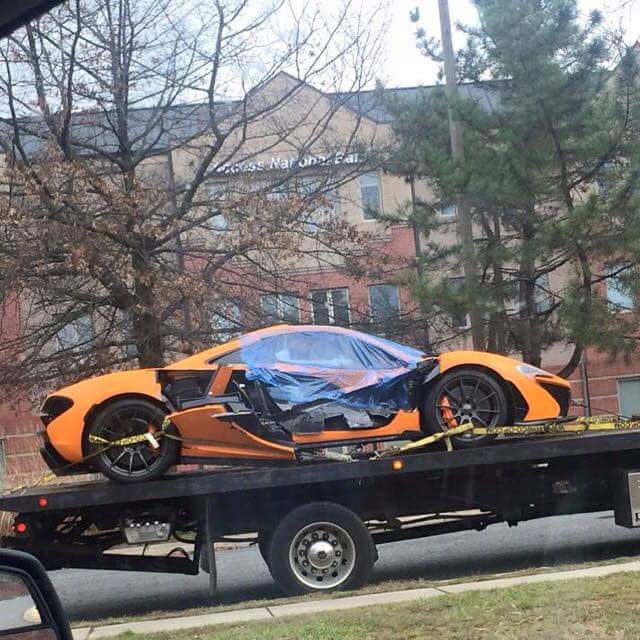 A McLaren P1 owned by an Abu Dhabi royal was totaled in Washington D.C. area. The rare million dollar supercar registered to Sultan Bin Rashed Al Nahyan of Abu Dhabi was apparently stolen by an acquaintance before crashing into another car.

Later that day the crashed McLaren P1 was spotted on a flat bed and someone took a picture which since then has been shared all over the internet. We got hold of the image from a Reddit user called thatsboot3101.

Now, speaking of the owner of the ill fated P1- a picture posted was posted on Bin Rashed’s instagram of the same P1 about a year ago and that’s only reason to believe that the crashed McLaren P1 actually belonged to the Abu Dhabi royal.

The owner’s Instagram also confirms that the car will be back on the road soon. Which clearly means that it is currently being repaired at McLaren. That said, looking at the damage the supercar seems to have been hit of the side by another vehicle. The comments on the Reddit thread confirm this theory. Apparently, the driver of the P1 ran a stop sign before being T-boned by a Honda Pilot. No one was injured in the accident.