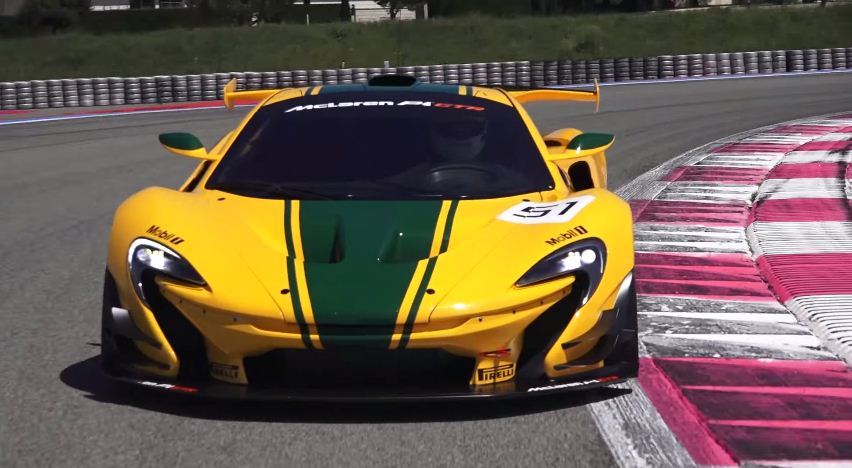 Jason Harper is not new to driving expensive supercars. However, it was the best day of his life when he got a chance to drive the uber-exclusive McLaren P1 GTR and I’m sure Harper would agree with me on this.

Expensive track cars like the P1 GTR or LaFerrari FXXK are sold to select buyers as part of a package deal that does not allow the owners to park it in their own garage. Instead, McLaren would take care of their car and would ship it a racetrack whenever required. This means, most journos would never get to experience one, except if you work for Bloomberg and your name is Jason Harper.

He certainly is one lucky bugger, this chap. Harper was allowed to hone the McLaren P1 GTR at Paul Ricard in France. Now, the P1 GTR is a track-only version of the P1 hypercar and can be easily recognized by its fixed rear wing and twin exhaust pipes. The engine is a highly tuned version of the 3.8-liter twin-turbo V8 offered on the road car. It makes nearly 1000 hp. McLaren will build just 45 cars each costing upwards of $3 million- all of which are already sold.