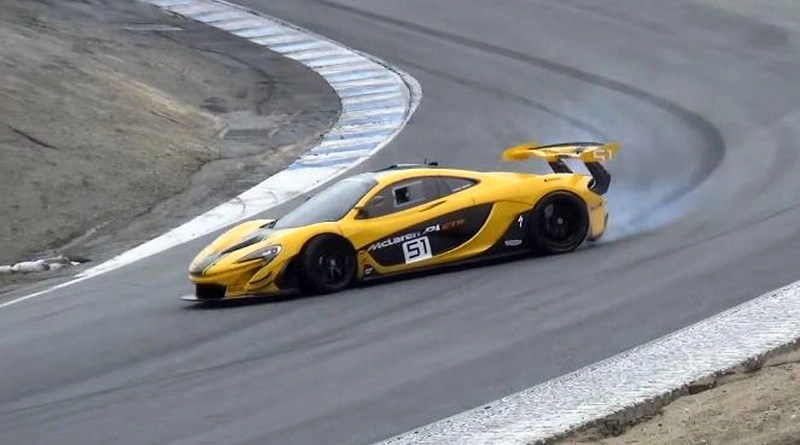 The driver of this McLaren P1 GTR was lucky enough to miss the barriers as he lost control while exiting the famous corkscrew bend at Laguna Seca. The factory owned P1 GTR was being driven by a professional driver who misjudged his exit out of the infamous bend.

He lost the rear which spun the car around before hitting the gravel trap. It just shows how difficult it is negotiate this bend even with a professional at the wheel.

The private track day was organized by McLaren for P1 GTR owners. As you know, the P1 GTR is a track-only supercar. It packs almost a 1000 hp derived from a 3.8-liter V8 twin-turbo hybrid drivetrain.