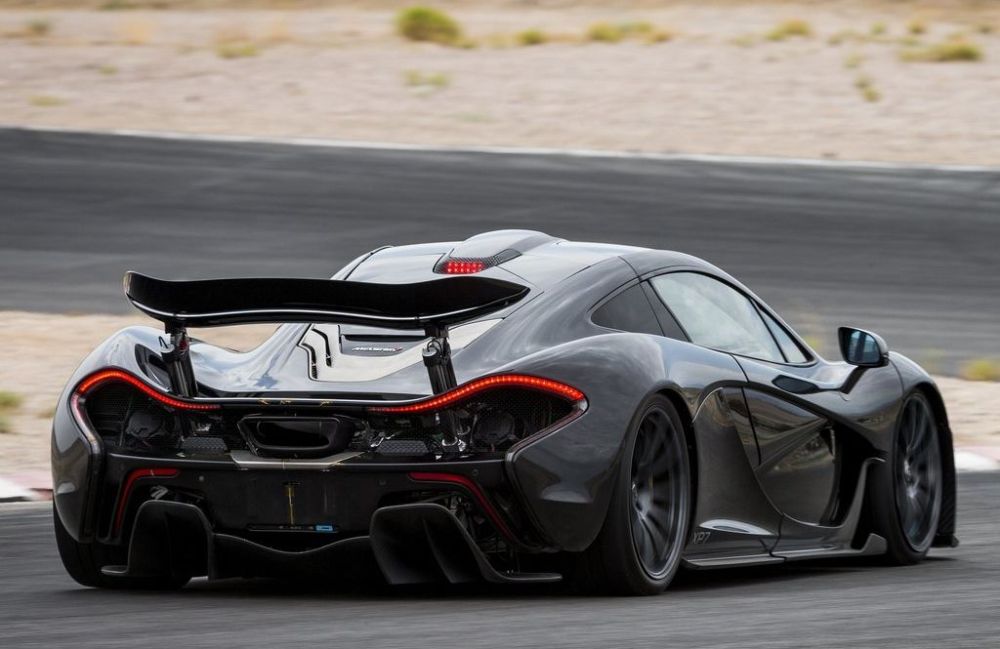 McLaren has committed itself to a new track-car program on the same lines as F1 GTR of the past. The McLaren F1 GTR was a track-focused F1 with numerous improvements over the road car. In a similar fashion, the new McLaren P1 will receive extensive upgrades to create the P1 GTR. It is kind of McLaren’s answer to Ferrari XX program which also allows its customers to own a track-only version of their flagship supercars.

Now, McLaren has disclosed more about the P1 GTR which is to pack 1000 PS of peak grunt and a wider, high downforce body. The standard McLaren P1 is powered by a 3.8-liter twin-turbocharged V-8 engine and electric motors with a combined output of just over 900 horsepower. The P1 GTR will get an uprated 986 horsepower engine instead. The chassis will be altered with a more aggressive setup including a wider track, increased downforce and more cooling for the engine and hybrid systems.

The new McLaren P1 GTR could see a fixed rear wing and larger front splitter and rear diffuser. The cost of the whole package is set at USD 3.35 million for which customers will also get to use McLaren’s state-of-the-art simulator followed by up to six practice sessions on grand prix circuits. Customers will also get to train with  Mclaren’s driver fitness team. The car maker has revealed that the production of the McLaren P1 GTRs will commence only after the first 375 road-legal P1s are built. That said, how many P1 GTRs will they produce is still a mystery.

Twenty years on from victory at the 24 Hours of Le Mans by the now legendary McLaren F1 GTR, McLaren Automotive will resurrect the iconic name from its history for the track-only edition of the award-winning McLaren P1™. The limited-run model will go into production when the 375th and final example of the road car has been completed, and in homage to its race-winning ancestor, the most powerful McLaren to date will be named the McLaren P1™ GTR.

With no need to comply with road legislation, the McLaren P1™ GTR will be designed and developed as the best drivers’ car in the world on track. This will see even greater levels of performance, grip, aerodynamics and downforce than the road car. It will also feature technologies and a powertrain more extreme with an intended power output of 1,000PS (986 bhp), race-proven slick tyres, a widened track and more aggressive and distinctive styling designed to offer optimised performance around a lap.

The decision to produce a track-only variant is in response to demand to McLaren P1™ owners. The McLaren P1™ GTR programme will be priced at £1.98m, and will include a tailored programme created for each customer to build driver capability. It will include exclusive consultations with the McLaren driver fitness team and Design Director Frank Stephenson, privileged access to one of the McLaren racing simulators, and participation in a minimum of six dedicated international drive events to be held at some of the world’s most iconic Formula 1™ circuits. Exact production numbers are still to be determined, but will be strictly limited.