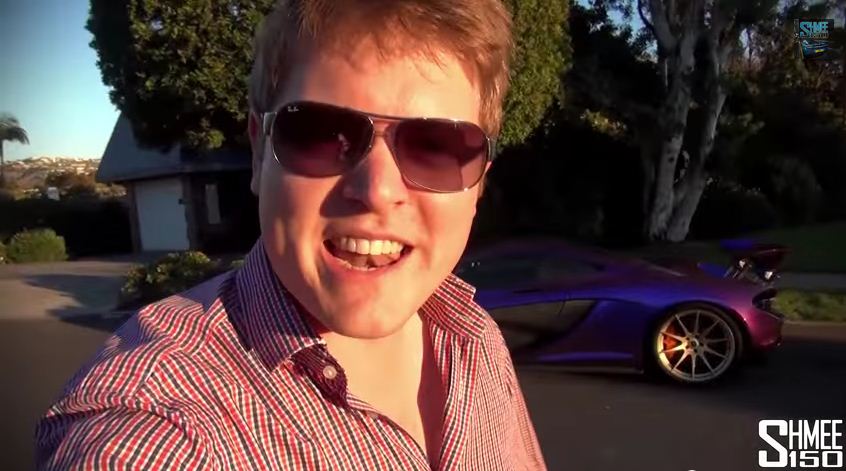 Supercar spotter Shmee150 has been on a tour of the US lately and among all the rides he has filmed till now, there’s one particular that really stands out. It is a Mclaren P1 owned by basketball player CJ Wilson who currently plays for Los Angeles Angels on Anaheim.

Shmee150 got the chance to video CJ’s gorgeous Mclaren P1 customized by MSO. The car is wrapped in a ‘Cerberus Pearl’ paint that shimmers in shades of blue, purple and orange. The hybrid supercar looks nothing short of stunning in this special paint job. And that’s not it. The golden wheels and orange brake calipers go really well with the paint scheme.

Wilson has also opted for the historic Mclaren logo that appeared on the legendary Mclaren F1. The interior of car is all carbon, while trim is done in alcantara. Racing seats with orange seat belts is also a nice touch. Scroll down to watch Shmee150’s complete video tour of  CJ Wilson’s Mclaren P1 MSO.

Somewhere in new mexico…In eco mode she gets 30mpg. In fire mode she dgaf. @mclarenauto from my road trip a few weeks ago. @gopro #hero4 camera shot.   A photo posted by CJ Wilson (@cjwilsonphoto) on Nov 11, 2014 at 12:21pm PST