Will this McLaren 720S GT3 race at the Le Mans 24 Hours in the near future?

McLaren may not be having the best Formula 1 seasons, but that hasn’t stopped them from developing new supercars both for the road and track. After the BP23 Hyper GT, the British car maker announced a more track focused supercar (codenamed P15) which is slated to be the brand’s most extreme model yet.

McLaren has now announced a track only 720S GT3 with plans for a one-make GT racing series and a driver development program. However, the 720S GT3 is in its initial conceptualization phase and it won’t be realized until 2019. Development is likely to start in 2018. 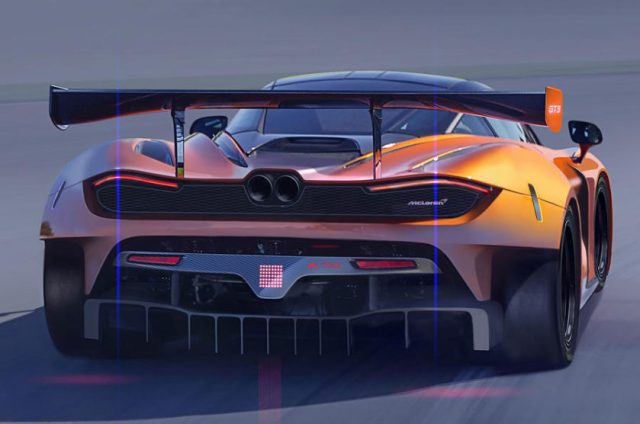 At the heart of the 720S GT3 will be a tuned version of the twin-turbo 4.0-liter M840T V8, paired to a six-speed sequential transmission. The bodywork will be significantly upgraded with a bespoke aerodynamic package.

“McLaren is built on racing and providing our growing family of customers with unique and exhilarating driving experiences. It therefore makes sense for us to unveil a dedicated, widened motorsport programme designed to support and enable more of our customers to focus on enjoying the thrill of pushing our cars on the track,” said McLaren Automotive CEO, Mike Flewitt.

Customer teams will start receiving their 720S GT3s in 2019 for which McLaren has established a global network of specialist motorsport retailers. The new model announcement also suggests that the spy shots of a 650S equipped with aero enhancements that was captured earlier this year were likely test mules for the 720 GT3.