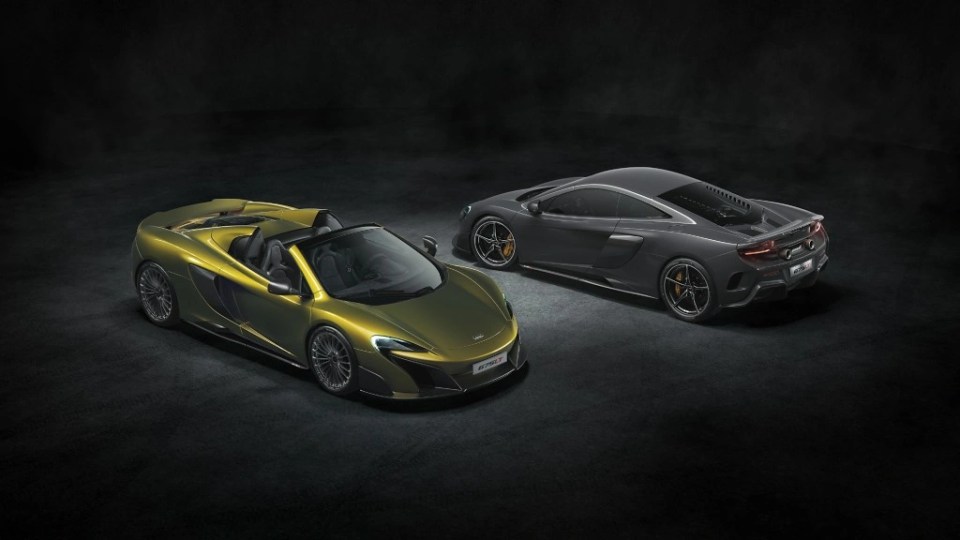 McLaren 675LT Spider just broke cover. 2014 Saw the resurrection of the ‘LT’ or ‘Long Tail’ name for McLaren after a span of nearly 20 years. While originally named after a version of the legendary F1, the LT name popped up again with the 675LT. Fast forward one year and today we have the first look of the McLaren 675LT Spider – the third LT ever. 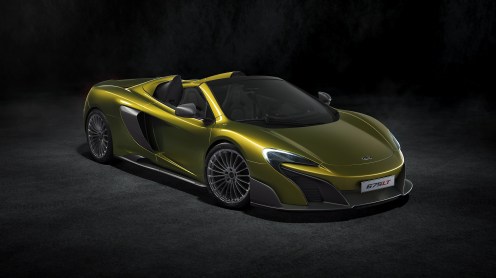 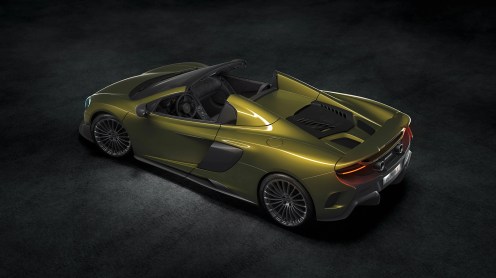 As the name goes – the 675 LT Spider is basically the 675 LT sans the roof. Now, this means that it automatically becomes the most powerful and fastest convertible from McLaren. The track-ready supercar is powered by the same 3.8 litre twin turbo V8 from its coupe sibling which means the peak output remains the same at 665 hp and 700 Nm (516 lb ft) of torque. 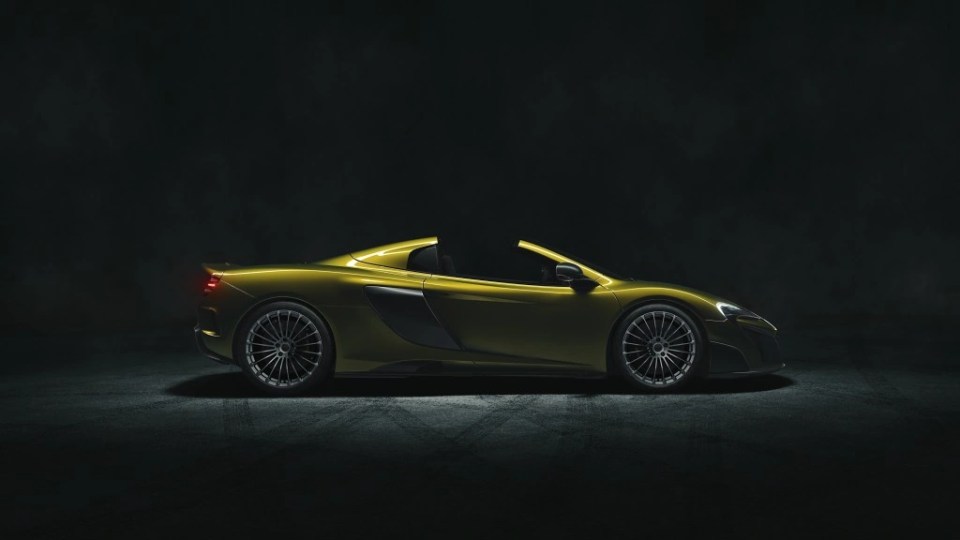 The removal of the roof however brings in additional weight of nearly 90 pounds which results in 0-62 mph (0-100 kmph) times of 2.9 secs- same as the coupe, the car hits 124 mph (200 kmph) at 8.1 seconds, which is slightly slower than the coupe. Of course with those figures – ‘slow’ is a really relative term. If you do manage to find a straight long enough, McLaren claims the car will go on to hit 203 mph (326 kmph). 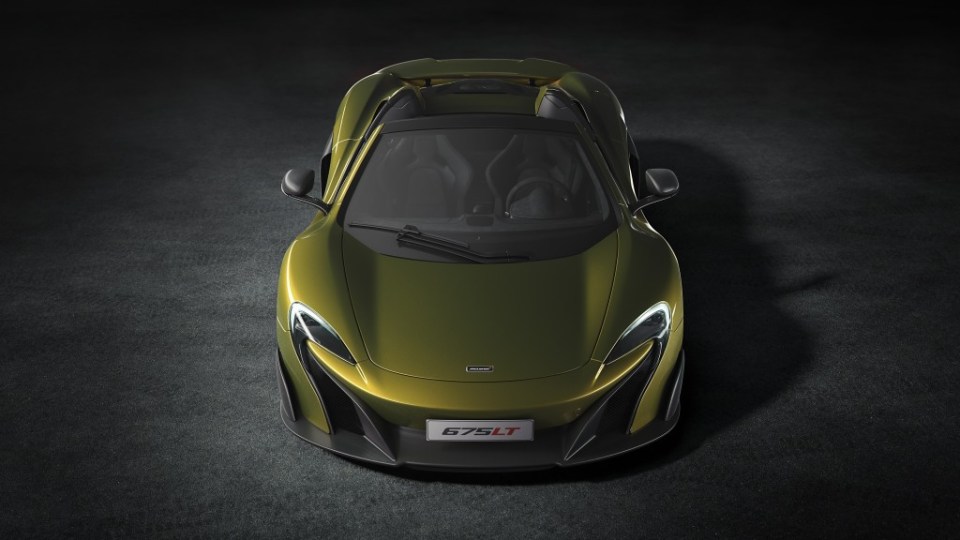 Other than holding the title of the fastest McLaren to dry your hair in the wind,  the 675LT Spider manages to get some exclusive options for itself like the Solis paintwork and the 20 spoke super lightweight forged alloy wheels. Priced at  £285,450 which roughly translates to $431,000, the McLaren 675LT Spider is limited to just 500 units globally so if you happen to have ‘some extra cash’, you know what to do and umm… maybe call us along for a drive? 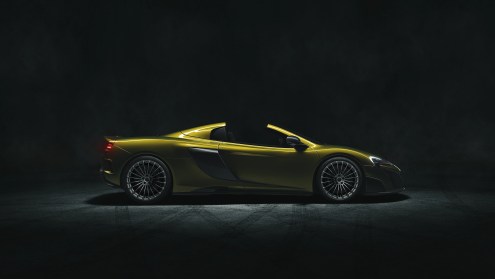 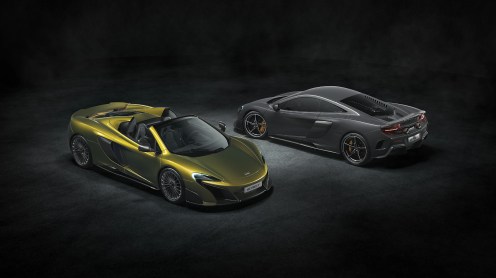 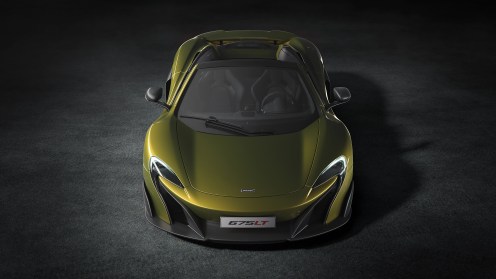 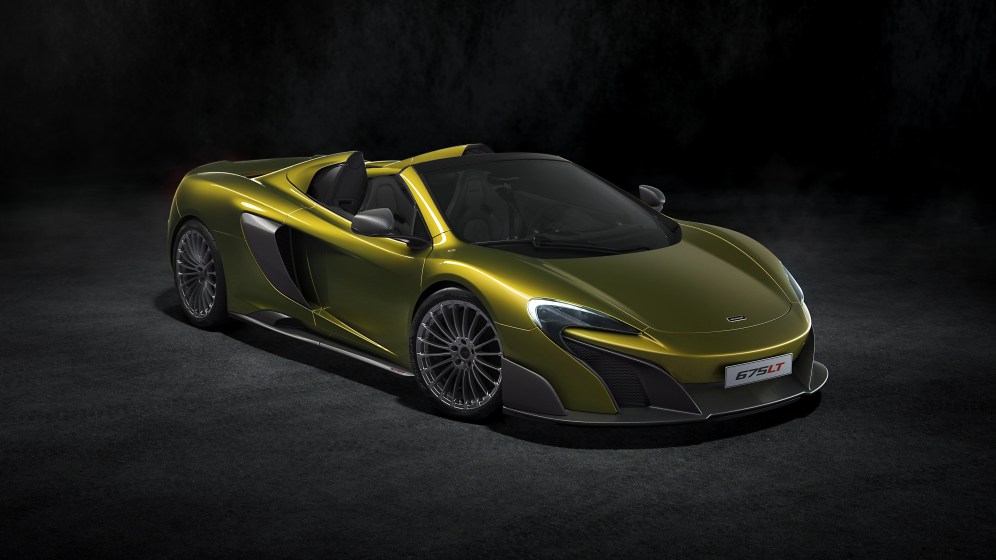