It’s still got some camouflage on its body. But the images dropped by the Woking-based company shows the upcoming McLaren Grand Tourer in its elements.

A couple of weeks ago, McLaren released a video featuring what the company called its mid-engined Grand Tourer offering. The company had no new cars to announce at the 2019 Geneva Motor Show. But the announcement of a Grand Tourer was more than ample to get the fan base excited. The video was brief and teased the arrival of the mid-engined, practical McLaren with a couple of shots of the heavily-camouflaged machine having some “Grand Touring” fun on a sunny day. 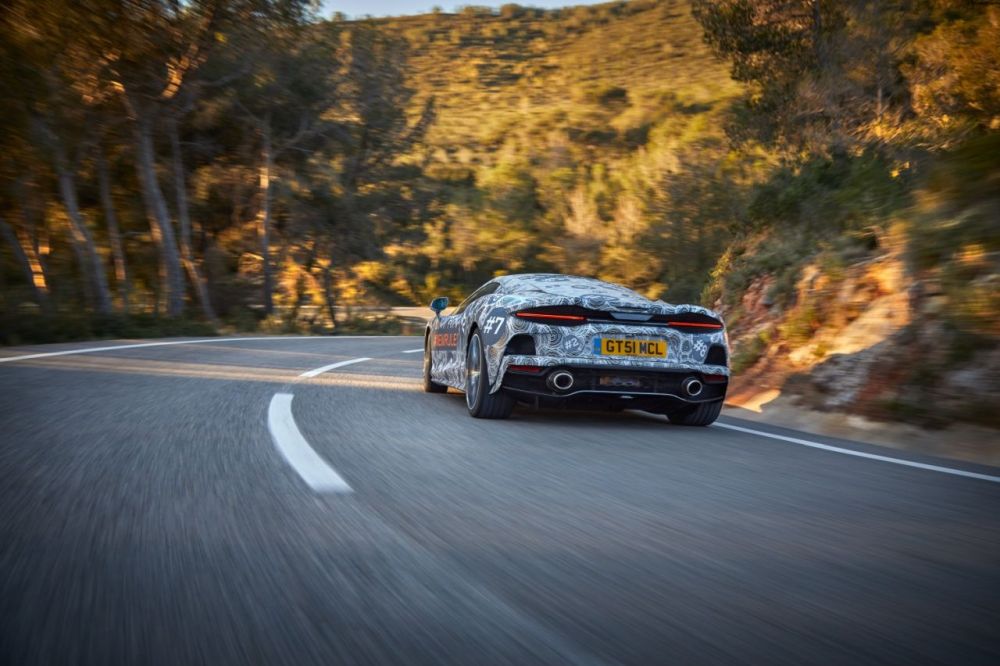 Now, McLaren has dropped a very small batch of images on their media site to give us a closer and better look of the much-awaited Grand Tourer. All those panels which cleverly concealed those beautiful lines have now been removed. There are still a lot of camouflage stickers all over the car. But those aren’t going to stop us from enjoying that sensational shape now.

The McLaren Grand Tourer is yet to get its official name. But given that McLaren names aren’t that great (except the Senna), we can only hope that they deviate from the numbers and alphabets combinations to find a cool name for this GT car. 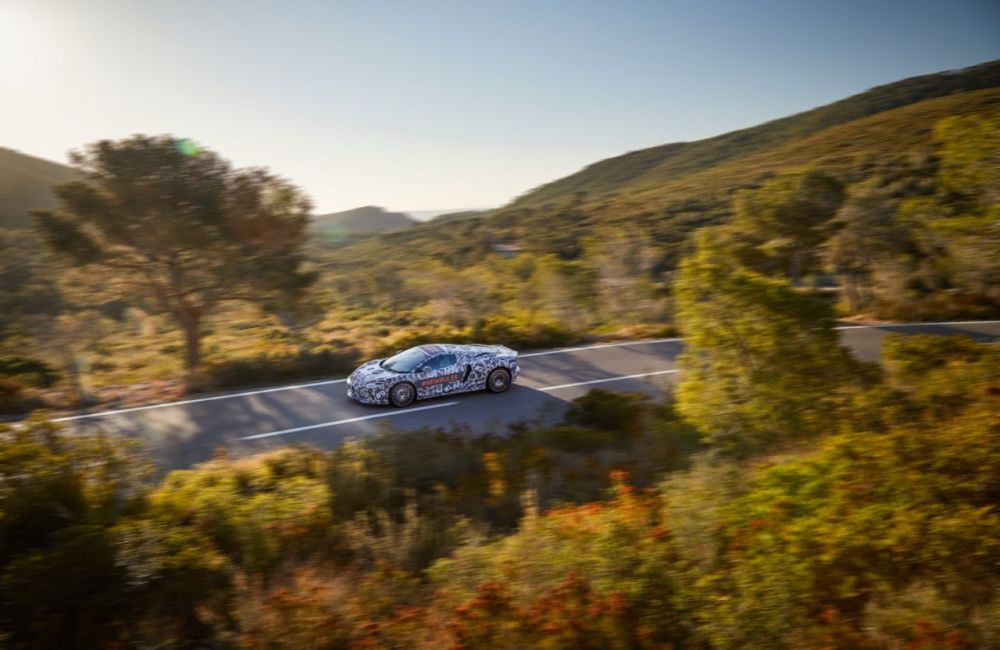 McLaren is also scheduling a full-blown “grand tour” testing for the Grand Tourer, which will set the car off on a 1,000-mile journey from McLaren’s development base near Barcelona, Spain, to the McLaren Technology Centre in Woking, England. Two occupants, luggage, lots of miles to chew – this is going to be a solid test for the vehicle to prove itself.

The fourth car in McLaren’s Track25 plan to launch 18 new models by the year 2025, will drop its camouflage clothing in May. Until then, feast on the silhouette and detailing offered by these images.