The British carmaker rose from the ashes to become one of the most successful and influential performance car manufacturers in the world. Raise a glass to McLaren, everybody!

It all started (again in a way) in 2011 when the McLaren brand returned to the business of making road cars. Nine years have passed since the first MP4-12C rolled out and though it had the name of a fax machine, the supercar worked like a charm in turning the spotlight back on to the British company. Their cars sold well too, giving the firm the money to develop more new products.

After a string of highly-successful launches, McLaren Automotive has reached a major milestone this month. They have just made the 20,000th car. Do note that it had taken them five years to cross the first 10,000 mark and the second milestone was achieved in 2.5 years.

Car number 20,000 is a right-hand drive 600LT Spider painted in Chicane Grey with a red interior. While it may not have the panache of the top-tier models like the McLaren P1 or the Senna, the 600LT Spider is among the major revenue earners for the company, falling under the Sports Series range. 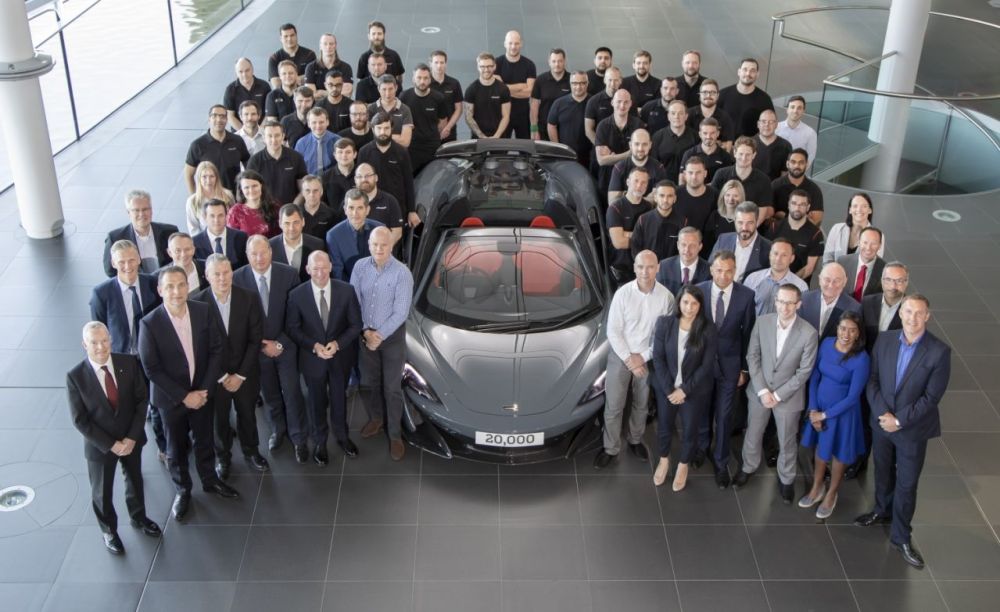 McLaren made around 4,800 cars last year and while that may sound like a small figure, do note that we are speaking of a supercar arena contender here. Also worth mentioning is the fact that McLaren came into the scene which was dominated by the likes of Ferrari and Lamborghini for years. It took them a while to make room for themselves in the domain and now every performance carmaker is aware that the machines bearing the McLaren logo are not to be trifled with.

In the future, we’ll see McLaren increasing production numbers to 6,000 units per year. This won’t be a direct jump though, as they like ramping up gradually to the aforementioned figure in the coming years and finally capping it at 6,000 so that the exclusivity is maintained.