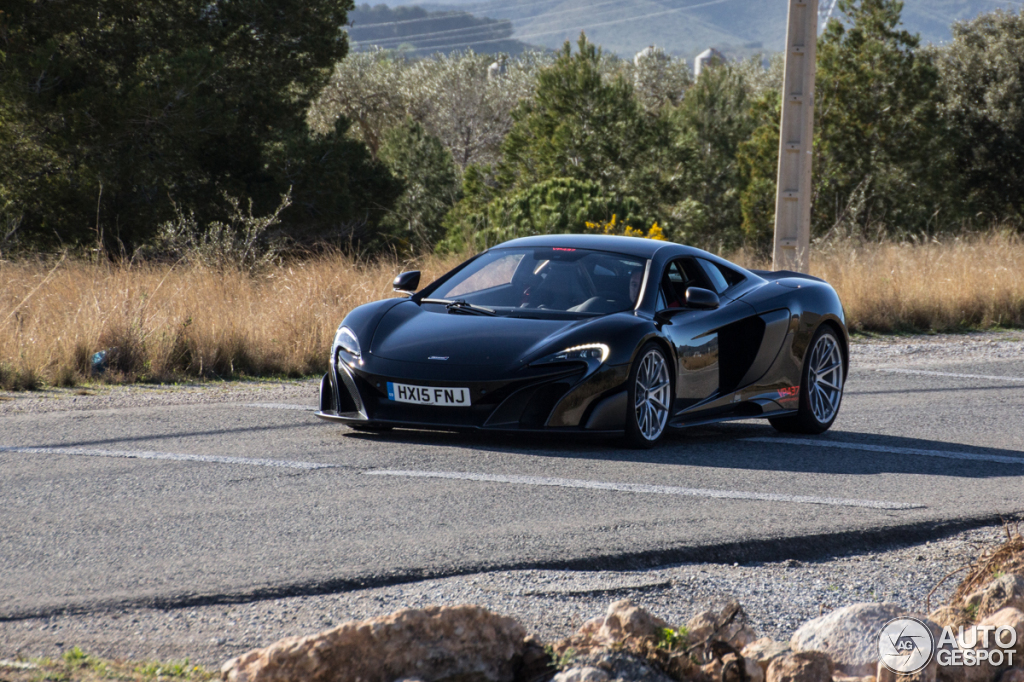 Mclaren 675LT made its debut at the 2015 Geneva Motor Show. Woking will only build 500 units of the LT (Long Tail) and each will cost upwards of $400,000. One such example was recently spotted in Spain.

The 675LT is loosely based on the 650S, however it features a completely new aerodynamic package and new configuration for the suspension. The mid-engine 3.8-liter twin-turbo engine packs more grunt as well. At 660 hp and 516 lb-ft, the 675LT is the top-spec Mclaren in the Super Series range.

Follow the link for more on the Mclaren 675LT. You can also find a large collection of videos and official images from the 2015 Geneva Motor Show.