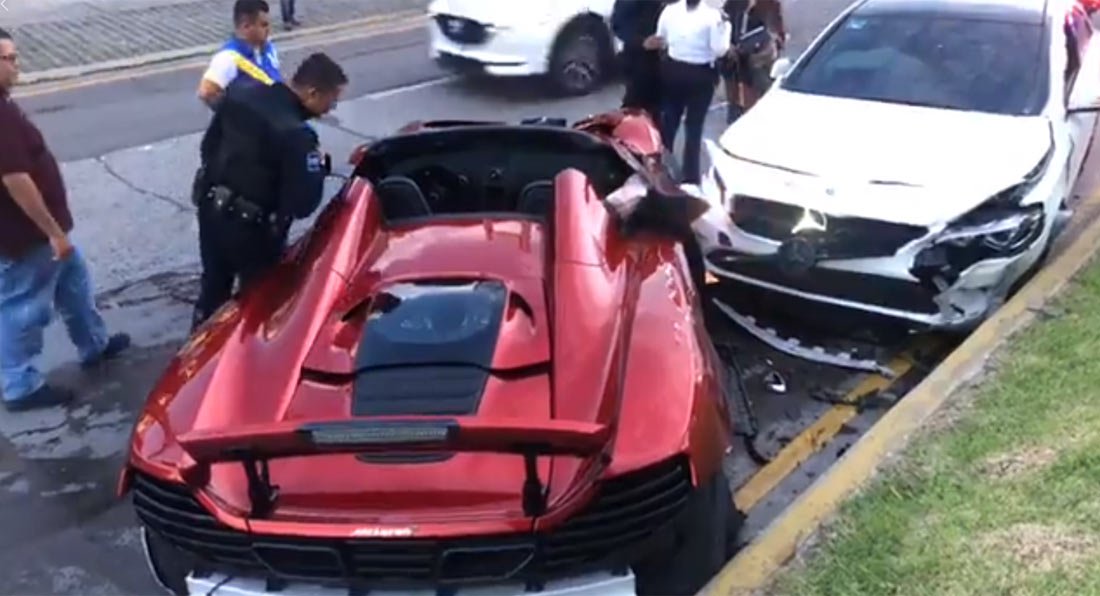 In news from Mexico, a McLaren 650S Spider has been wrecked after crashing into a Mercedes-Benz CLA.

It is hard to make out what exactly happened but both the cars have suffered a lot of damage, suggesting that at least one of the cars must have been travelling at high speed. While the front of the Mercedes is wrecked, the supercar seems to have suffered a lot more comprehensive damage. The 650S Spider’s front bumper, hood and fenders have have been ripped off. The right side appears to have taken a big hit as the wheel and hub appears to have been twisted out of position.

The rear of the McLaren probably collided with the concrete ledge on the side of the road, which might explain why the driver side rear tire has been pulled off the rim, and the passenger side rear wheel is also bent. It may have caused sizable suspension damage as well.

What’s more sad about the whole story is that the 650S Spider reportedly wasn’t insured at the time of the crash.