Two McLaren supercars were wrecked in the last 24 hours. In the morning, we reported about the street racing Mclaren that crashed in Los Angeles. Now, in news from China, a McLaren 570S met its doom near Shanghai.

The accident took place sometime over the weekend near the Chinese port city. From the pictures, it looks like the McLaren hit an on-coming vehicle. The front end of the 570S was completely destroyed. Also, the damage to the side of the car and the dislodged barriers prove that car hit the road-side barriers at one point. 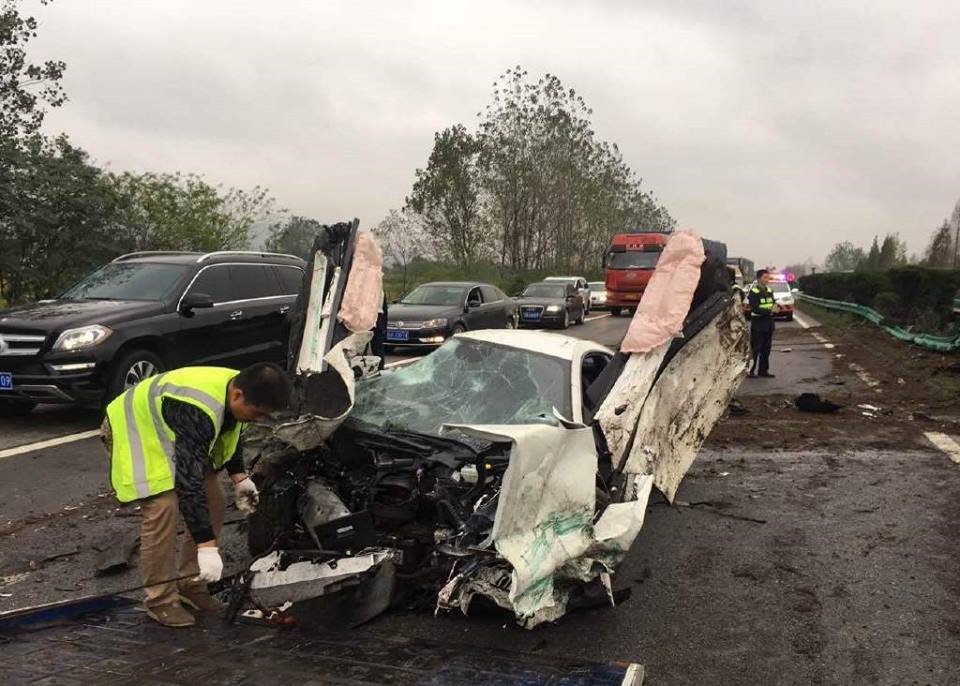 Not much is known about the well being of the occupants of the McLaren and others who were involved in what looks like a high-speed impact. That said, the 3.8-liter V8-powered McLaren 570S is almost certainly write-off. 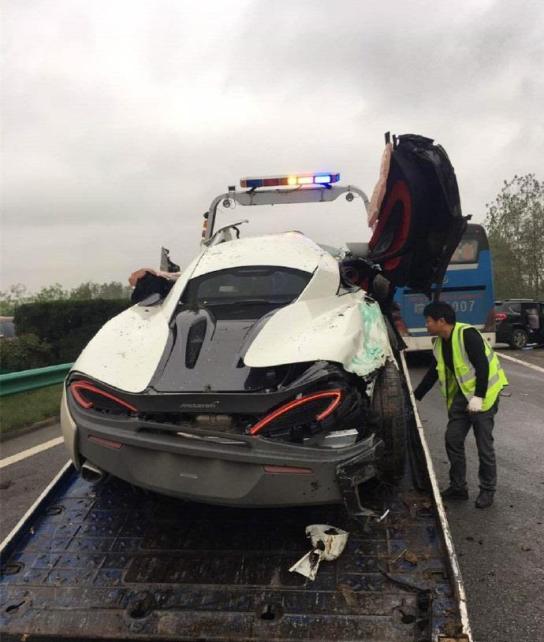 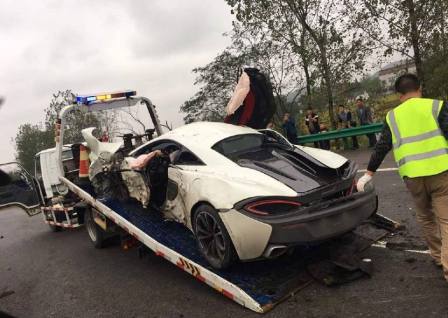 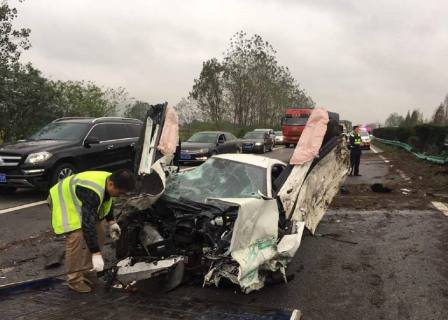