To our readers in the US, a one-off, one hour, special episode named MAX GRUNDY has been lined up by Discovery, right after your weekly dose of Fast N’ Loud.

Our friends at Discovery USA have delivered an exclusive clip from the one-off special show that’ll air tonight. Scheduled to be telecast right after this week’s episode of Richard Rawling’s Fast N’ Loud, MAX GRUNDY will perfectly complement your weekly dose of “car builder” shows. The program will air on November 6, 2017 at 10 PM on Discovery and you can also turn to Discovery GO app, in case you miss the show tonight.

SEMA 2017 has just concluded and the timing of the one-hour special show couldn’t have been any better as you’ll get to see designer and builder Max Grundy, master mechanic Wayde Lundgren and the team at Max Grundy Design working on two impressive builds which were showcased at this year’s convention.

The official Discovery summary highlights the stakes of the task at hand.

Max Grundy’s unique, loud, and over-the-top automotive style combines retro nostalgia with all the bells and whistles of contemporary car design. Now, Max has the opportunity of a lifetime to turn heads with a prime location for the annual SEMA show in Las Vegas, which showcases the latest and greatest in the custom build world – but can he capitalize on it? 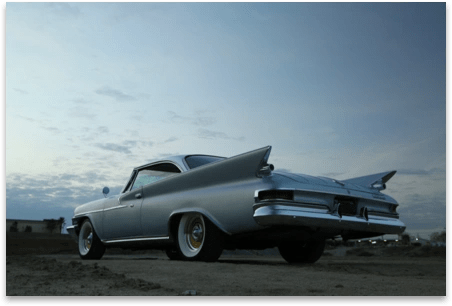 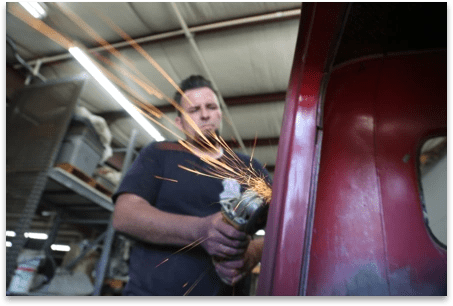 We think he wanted to go all in, as Max and his team drew up plans to enter the biggest aftermarket car convention on the planet with not one, but two magnificent cars – a 1954 Cab Over Engine truck and a 1961 Chrysler Newport.

The video focuses on the wheels that were custom-made for the Chrysler. Looking at the turbine-inspired design , which according to Grundy, goes well with the era that the Newport is from, I’m already charged up to see how the build progresses to take the final form that the designer envisioned.

MAX GRUNDY is produced for Discovery Channel by Magilla Entertainment.

Somewhere, I hope that Discovery turns this into a full-fledged series, because the teaser shows all the right signs of an entertaining series which will add to Discovery’s strong line up of “car builder” shows. I don’t mind finding the time and room to watch one more incredible show from the network.

P.S: For our followers in India, Fast N’ Loud episodes are being aired from Monday to Friday at 9 PM on Discovery and Discovery HD. If you haven’t started watching already, you are missing out on a damn cool car show. Better late than never.