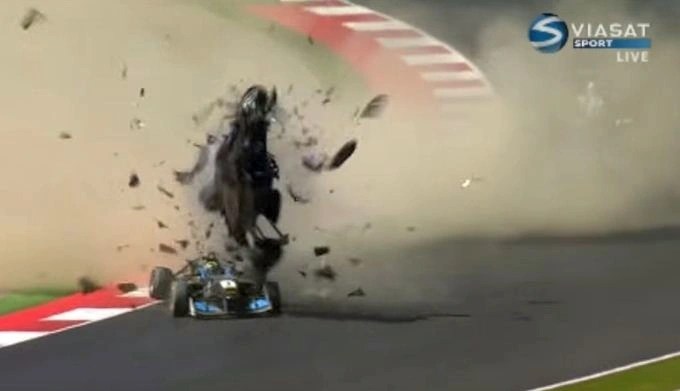 A huge crash during a Formula 3 race at the Red Bull Ring in Austria left two driver injured and a third unconscious. The race was called off after the incident.

The crash started when Ryan Tveter lost control and went wide into the gravel trap. Using the momentum of the car, he somehow managed to bring the car back on tarmac. His small excursion kicked up a lot of dust and gravel on the track. Before he could get going again, Peter Li Zhi emerged from the dust and hit Ryan’s car which was still stationary.

The impact was so hard that Peter Li Zhi’s car went airborne and crashed hard on to the track. Meanwhile, Pedro Piquet who was behind Li was also involved in the incident. Li and Tveter had to be taken to the hospital. According to latest reports, Li suffered multiple broken vertebrae and a fracture in the heel.