While all eyes were on the Los Angeles Auto Show, Maserati released as set of official spy shots revealing its upcoming mid-engined sports car. The camouflaged test mule was driven out of the Viale Ciro Menotti gates in Modena, Italy.

Maserati hasn’t released any more information about their sports car except for the fact that it will feature an in-house developed engine. The new model will be revealed to the world in May 2020. 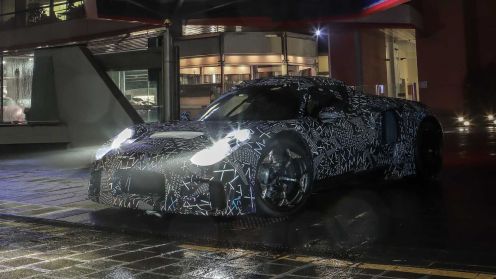 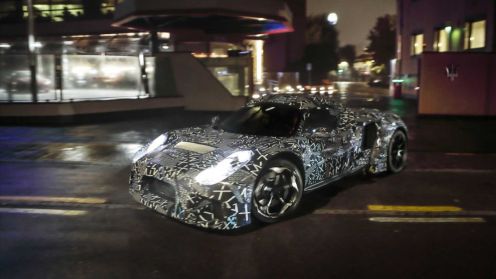 In the official images, the car looks like a Lotus Elise. It appears to have cooling ducts flanking the front grille and vertically oriented headlights that remind us of the Alfa Romeo 4C. There also appears to be a vent on the bonnet, presumably for the front-mounted radiators.

The greenhouse appears to be quite compact and has a curved windshield. The rear decklid is quite low, which suggests that the engine might be mounted low down into the chassis for a low centre of gravity. The car has large rear fenders with vertical cooling vents. 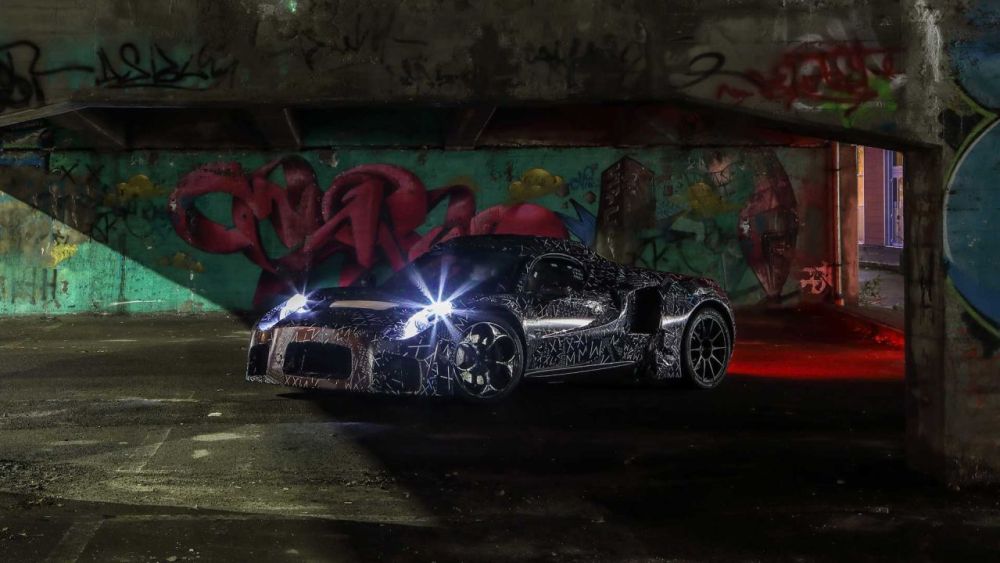 Some reports suggest that the new Maserati sports car could feature a 6-cylinder engine. We don’t know whether it will have some form of a hybrid system, but if we were to speculate, it might get a turbocharged engine and rear-wheel drive.