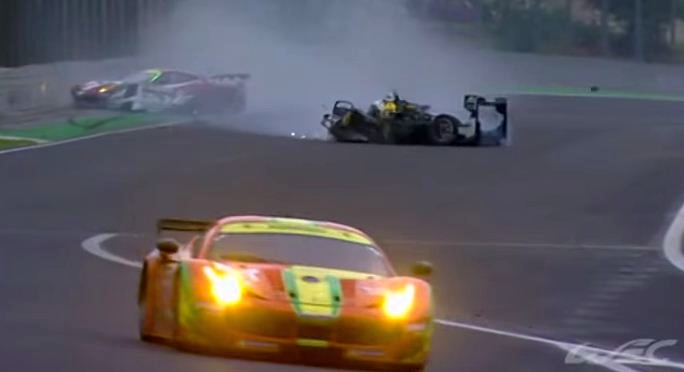 Mark Webber, ex-Redbull F1 driver and currently driving the Porsche LMP1 car was involved in a horrific crash during the 6 Hours of Sao Paulo race this weekend. Webber’s LMP1 class Porsche was blown to smithereens when he collected a GT class Ferrari 458 and rammed into the wall. Apparently, Mark was about to enter the pit lane when the incident happened. Although the rear end of the car was completely blown apart, the driver compartment was intact and Aussie driver walked out of the wreckage without any major injury. He was then flow to the hospital for further tests.

The FIA World Endurance Championship was at Interlagos, Sao Paulo for the final round of the season. Each year, the series moves to Brazil for the 6 Hours of Sao Paulo race with all both GT class and LMP1 prototypes competing during the same weekend. This year, Porsche Motorsports inducted ex-Formula 1 driver Mark Webber in the team who also represented the German team at Le Mans. Year 2014 also marked the return of Porsche to the top-level of endurance racing.