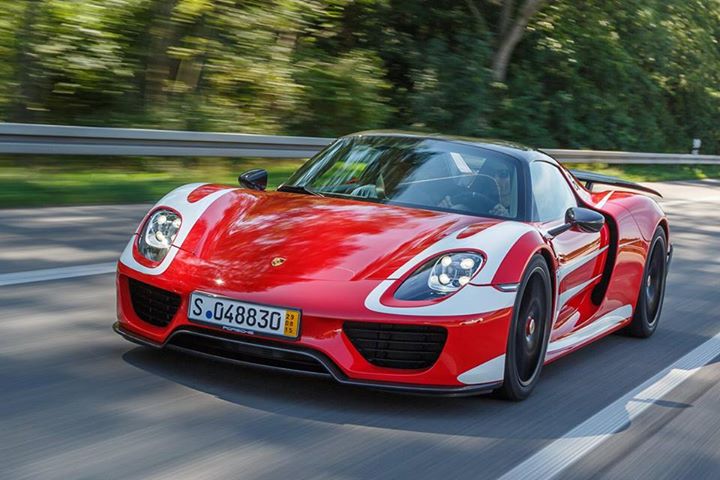 After an illustrious F1 career Mark Webber has now moved on to endurance racing and is currently the Porsche factory Le Mans team. The ex-Formula 1 ace from Australia is also a fan of Porsche’s road cars even though he has spent most of his F1 career with Red Bull racing powered by a Renault engine. Now though, Mark Webber has got himself a Porsche 918 Spyder Weissach package. 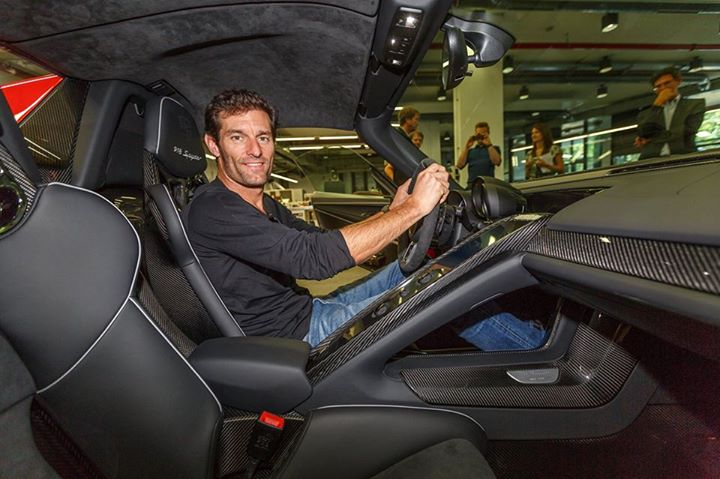 Mark Webber picked up his new hybrid supercar from Zuffenhausen and went straight to the Nurburgring where he will be racing at the 6 Hours of Nurburgring race. Anyway, back to Mark’s Porsche 918 Spyder. The car gets a unique red exterior paint scheme with white accents in Weissach theme. Lightweight magnesium wheels are painted black and matching wing mirrors in carbon fiber. 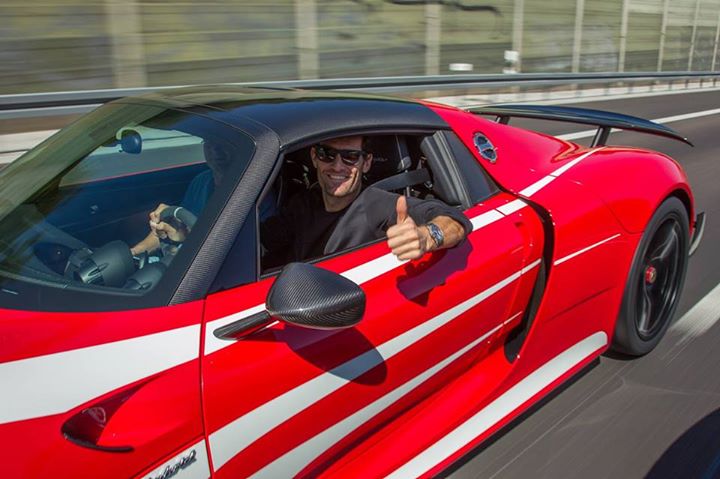 The interior has a lot of carbon fiber elements which makes this Porsche 918 very special indeed. Fitted with the exclusive Weissach aerodynamics package, Mark Webber’s 918 gets the various aero-winglets and other exterior upgrades that are not part of the standard package. 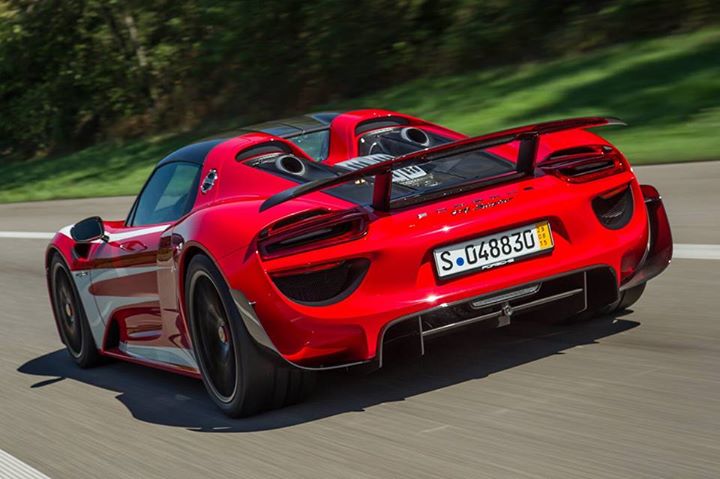 At the heart of it is a 4.6-liter V8 engine coupled to a hybrid system which produces a combined output of 887 hp and 944 lb-ft of torque. The Porsche 918 Spyder is the only all-wheel drive supercar among the so-called “holy trinity”. 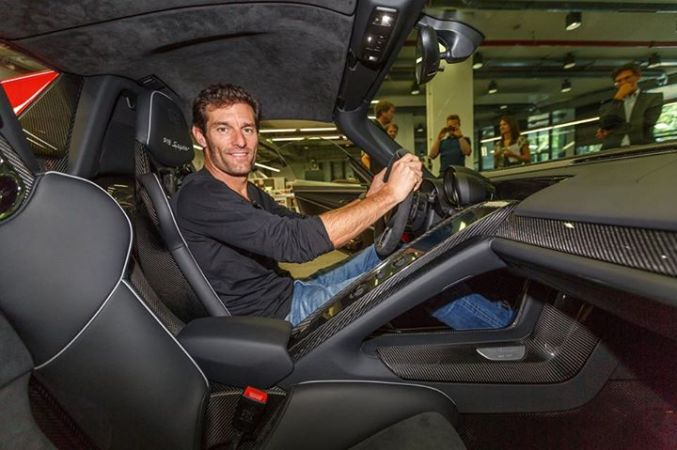 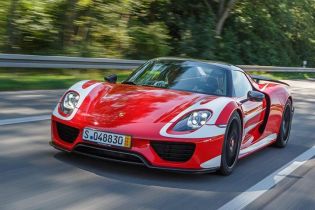 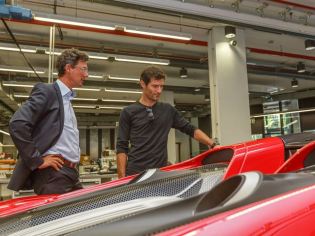 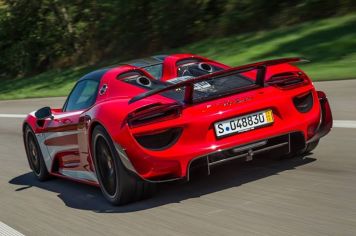 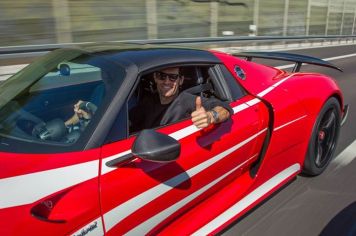 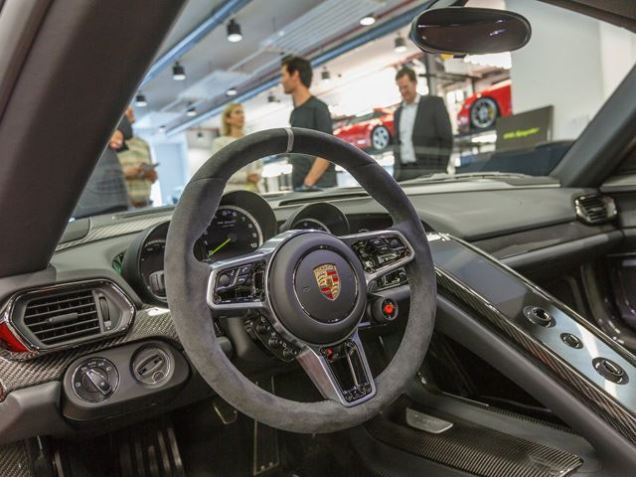