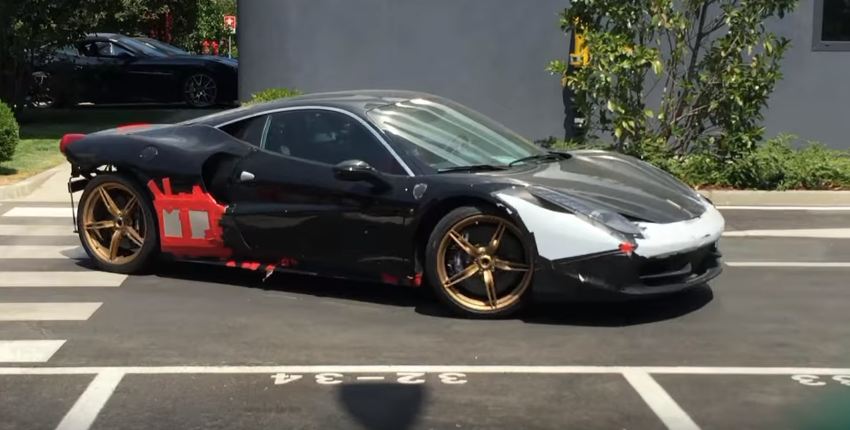 Marchettino spotted a mysterious Ferrari F142M M3 prototype at the Marnello factory. At first glance, it looked like the new Dino. However, upon close inspection the Italian car spotter concluded that it might just be a hardcore, track-focused version of the 488 GTB.

The test car seems to adorn the exterior of a 458 and is riding on wheels borrowed from the 458 Speciale. The large air-intake on the side does make us think that it might have a turbocharged engine at the back.

In fact, Marchettino was fortunate enough to watch the prototype being cranked up and moved around. According to him, it did sound like a V8 and not a V6 as is expected in the upcoming Dino.

Also, he overheard the Ferrari engineers talking about some sort of “KERS” system. This makes us believe, that the F142 M M3 could be a 488 Speciale prototype. 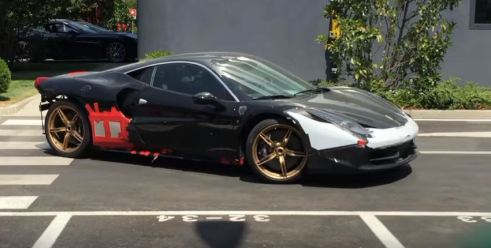