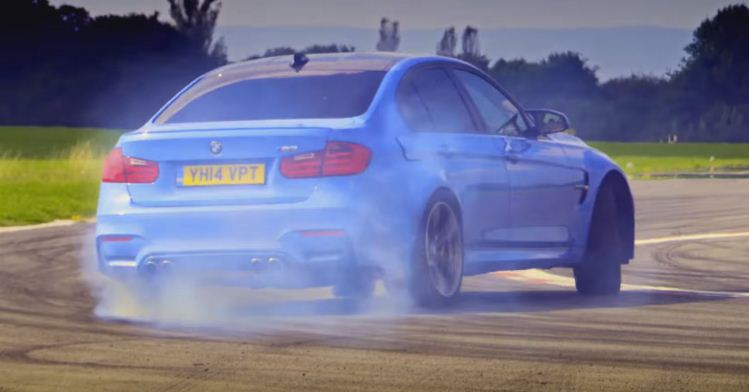 A man in the UK bought a BMW M3 not knowing the fact that the same car had featured on Top Gear. However, he was told that it was ex-demo car and had been used by one of the managers. Now, dealerships often have great deals on demo cars. A demo car is occasionally taken out for spin by a customers but when it comes press cars, it’s a whole different story.

The Yas Marina Blue BMW M3 bought by Rob Willis was the same car Jeremy Clarkson drove at the Top Gear test track. Now, when I say “drove”, I actually mean “thrashed”. Rob realized there something wrong with his car when the brakes started squeaking prematurely and steering wheel made a clunky noise.

It was Rob’s eagle-eyed girlfriend who spotted the registration plate on the BMW M3 used on Top Gear that matched Rob’s M3. Since then, Rob has got in touch with the dealership who told him that it was never meant to be sold as it was unfit for the road and that it was a grave mistake.

The moral story is that, if you are looking to buy an ex-demo car, just make sure it hasn’t been in the hands of some Chris or Jeremy.

Jeremy Clarkson’s review of the BMW M3 on Top Gear: