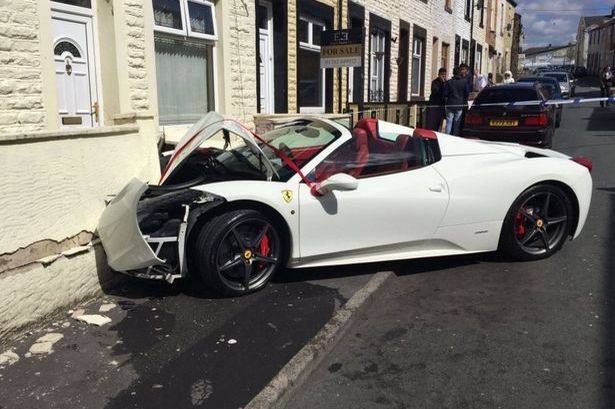 Lord Aleem’s Ferrari was crashed in Burnley by a newlywed couple who had rented the supercar for the day. Photos of the wrecked Ferrari 458 Spider appeared on internet soon after the crash. In fact, the local police were among the first to tweet the images.

The Ferrari was hired by the couple on their wedding day. Sadly, at 2 p.m. local time, the driver crashed it into a wall on Abel street. No one was injured in accident, however the Ferrari sustained some serious damage. 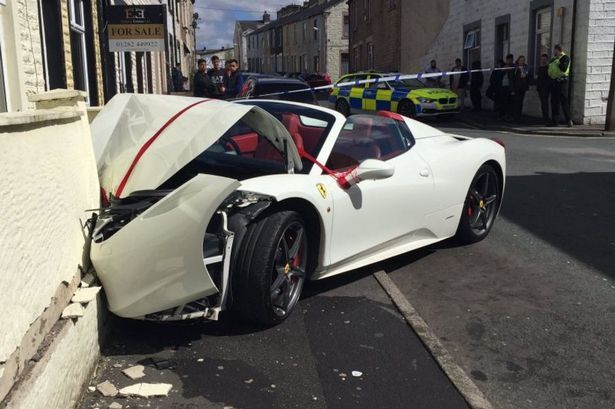 The white Ferrari 458 Spider belonged to Aleem Iqbal who along with his father run a premium car rental company- Platinum Executive Rental.

This is not the first time Lord Aleem’s supercars have been in the news. Recently, a Lamborghini Aventador Roadster leased out for a wedding was firebombed. In 2014, multiple exotic cars belonging to Aleem’s company were damaged in an arson attack withing a five week period.