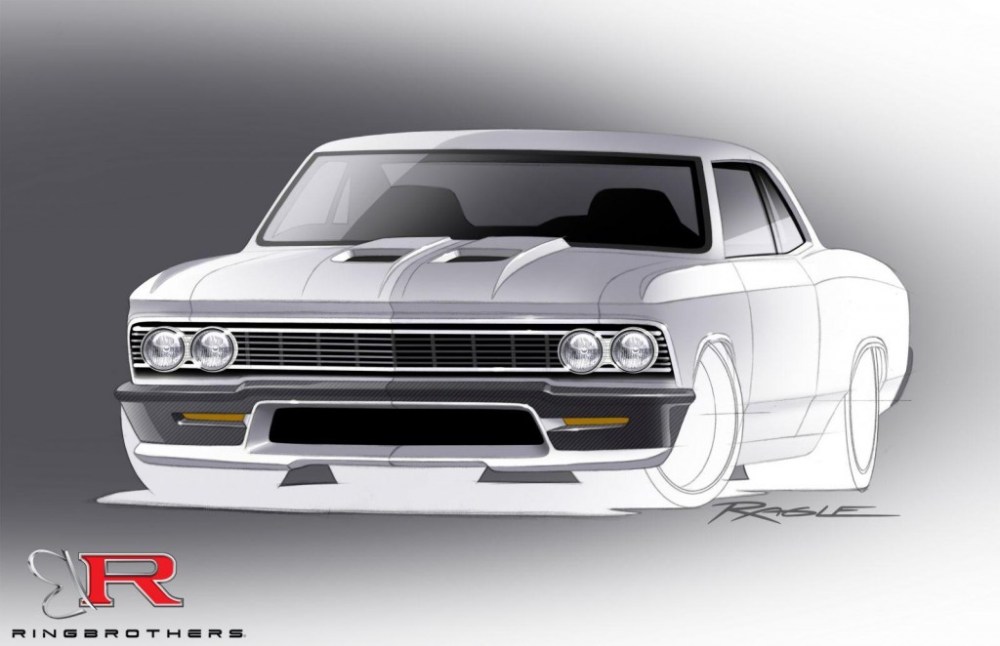 Wisconsin-based car tuner Ring Brothers have released a sketch of what they call the Ring Brothers Recoil which will be showcased at 2014 SEMA. The tuners have previously unveiled a custom De Tomaso Pantera and even a Ford Mustang with NASCAR V8 under its hood.

This year, they have a monster of a machine ready for unveiling. The team has built a 980 hp Chevrolet Chevelle for the world’s biggest tuner showcase at the 2014 SEMA. Dubbed the Ring Brothers Recoil, it is based on a 1966 Chevy Chevelle which is powered by a 7.0-litre LS7 V8 built by General Motors. Bolted straight to the engine is supercharger and custom exhaust system. Where the stock motor puts out 505 hp, with all the modification, the revised output just falls short of 1000 hp.

2014 SEMA will be open from November 4-7 and make sure you drop by the Ring Brothers stand.