Jaguar’s Special Vehicle Operations (SVO) have built yet another limited-edition, high-performance machine. It is called the XE SV Project 8 and as the name suggests, it is based on the smallest car in their range.

It’s a follow-up to the F-Type Project 7 from 2014 which makes it a “collector’s edition” model. Let’s delve deeper and see what the XE SV Project 8 has on offer. 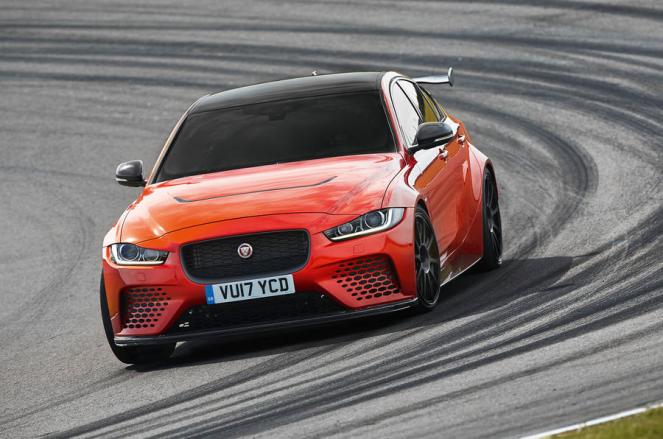 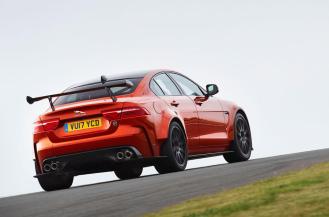 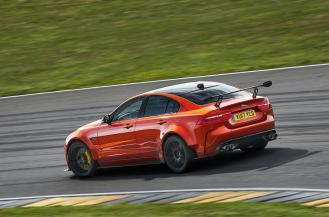 Cars built by SVO usually end up looking sporty and aggressive. It’s a similar story with the XE SV Project 8. The wide body kit and that massive rear spoiler gives it a touring car look. Extra-large vents up front look ominous as they should for there’s some serious performance tucked under that bonnet.

75 percent of the bodywork is new and bits that standout are the adjustable rear spoiler and front splitter, carbon diffuser and bumpers and a flat underbody. This helps generate 122 kg of downforce at 186 mph. The bonnet is also made out of one-piece carbon fiber to save weight. 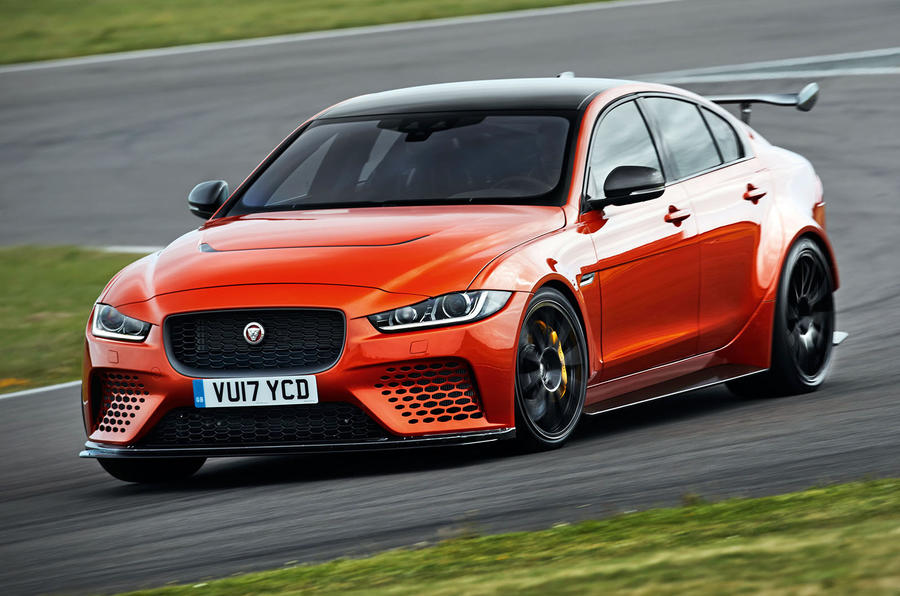 The standard version of the Jaguar XE is pretty benign. The same can’t be true for the Project 8. It has the biggest engine in Jaguar’s arsenal. They’ve somehow managed to tuck in the 5.0-liter supercharged V8 into the XE chassis. The engine has been tuned to produce 590 hp. That’s more than what you get in an F-Type.

Furthermore, the Project 8 has all-wheel drive and uses an 8-speed ZF automatic transmission. It will accelerate from 0-60 mph in just 3.3 sec. It uses an electronic active differential which is controlled via Intelligent Drive Dynamics. Coupled with the re-calibrated 8-speed transmission,  up to 75 percent of torque can be sent to the rear wheels. 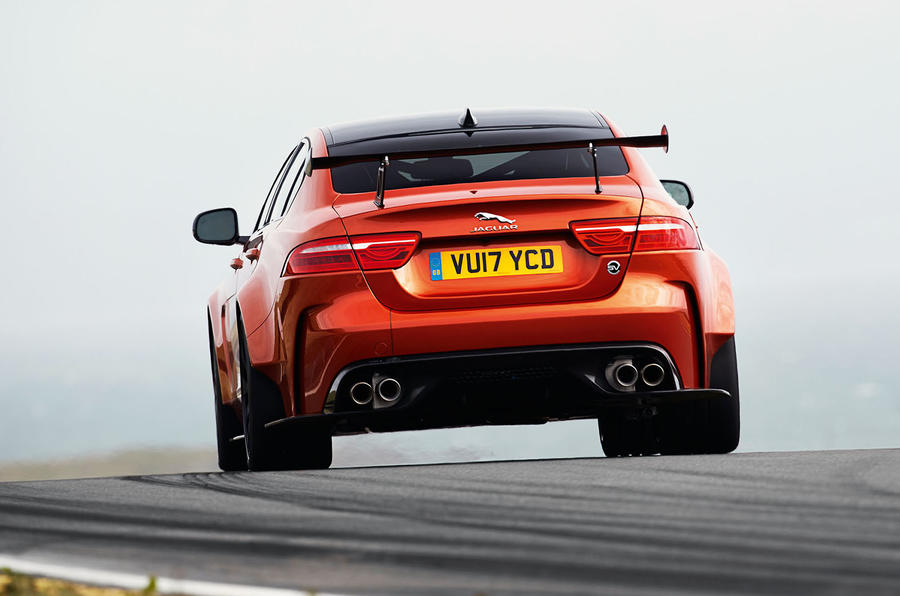 An optional Track Pack version is also available. In this spec, the rear-seats of the Project 8 are replaced by a roll cage and gets carbon racing seats with 4-point harnesses. 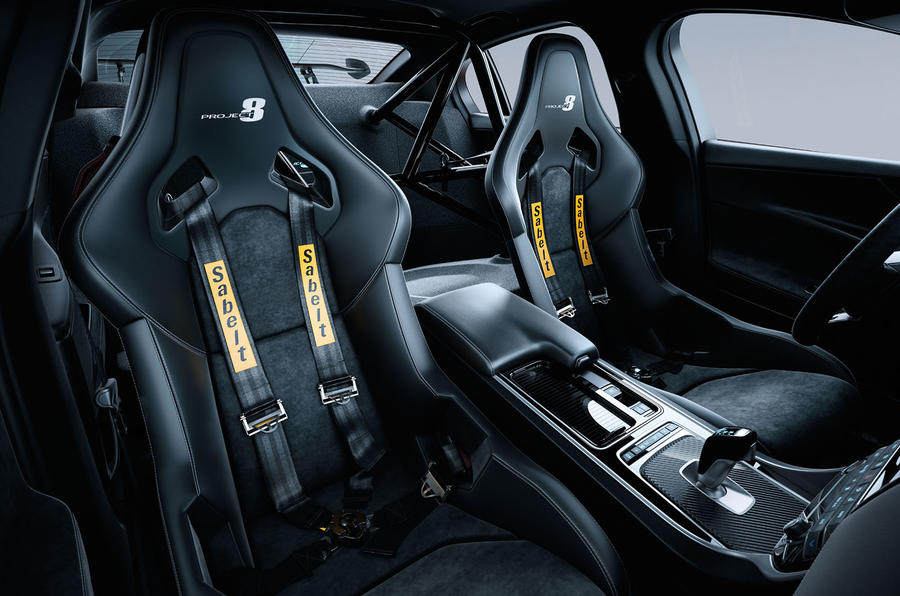 With so much meat under the hood, the XE SV Project 8 is expected to be quicker than the F-Type SVR. Also, the performance sedan was developed at the Nurburgring. To tackle the unforgiving Nordschleife, the Project 8 uses firmer suspension and a faster steering rack. It sits lower to the ground that the standard XE. Lightweight alloys and a wider track aid traction.

The Jaguar XE SV Project 8 will make its official debut in June at the Goodwood Festival of Speed. Only 300 units will be built- all left-hand-drive versions. Price is expected to be double that of the standard XE. 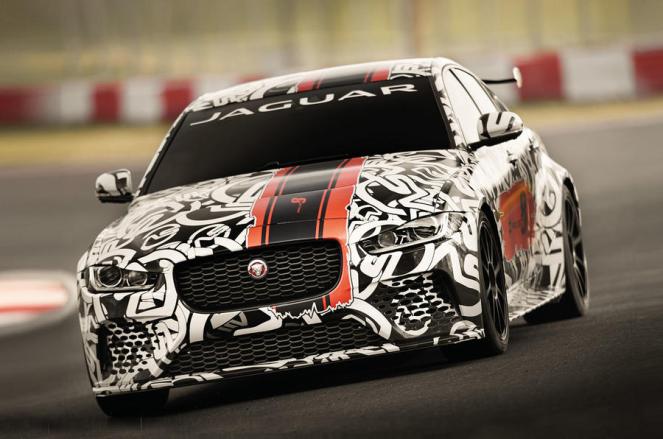 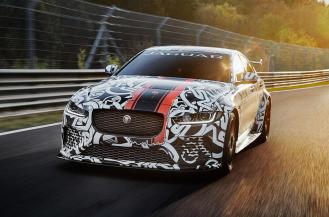 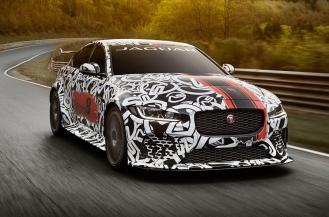 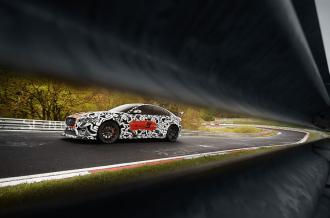 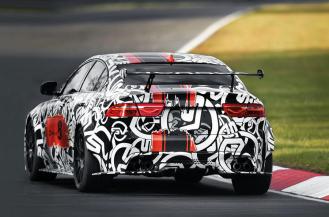 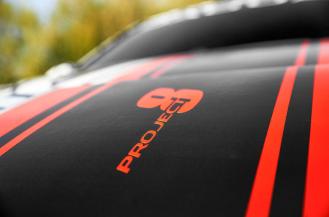 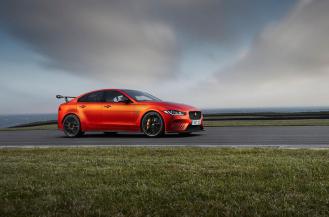 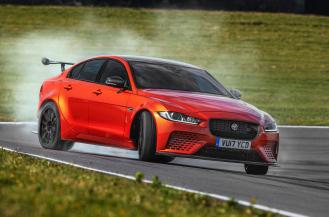 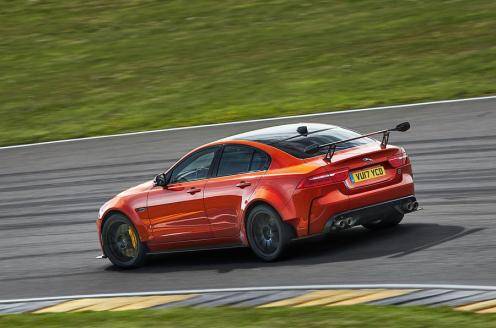 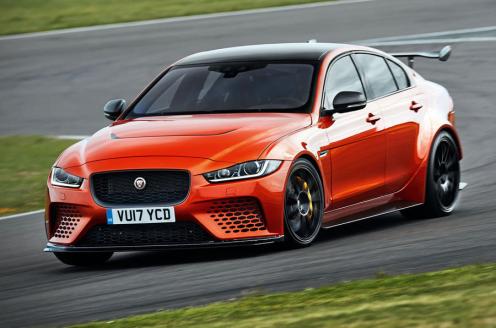 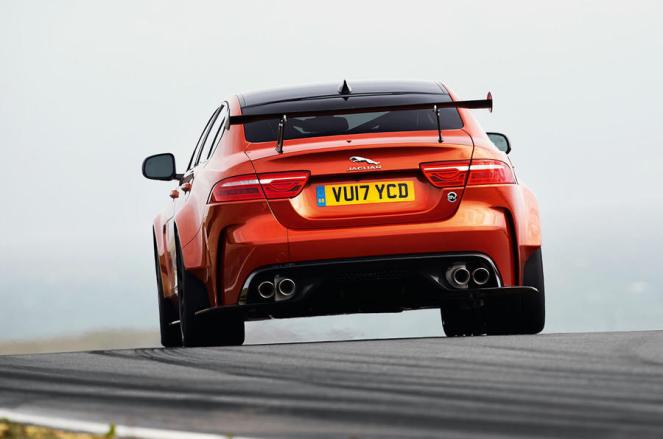 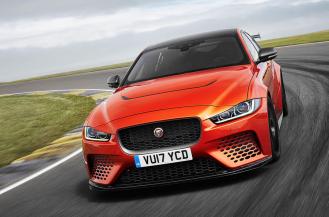 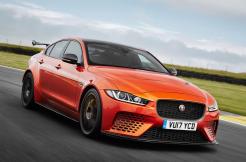 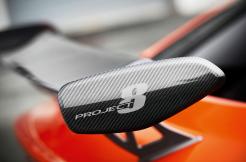 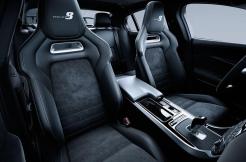 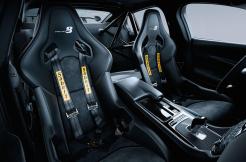