The Lexus LC Convertible Concept revealed at the 2019 Detroit Auto Show looks production-ready and we would love it see it in a dealership real soon.

Why Lexus is calling the open-top car displayed at the 2019 Detroit Auto Show a concept is still a mystery. The Lexus LC Convertible Concept looks more like a production-ready model than a design exercise. Bumper to bumper, it has all the traits and features which make it eligible to gain the status of a production car.

The company didn’t make any official announcement at the North American International Auto Show regarding the production plans. But it did hint at the concept being a tease of the future direction that the carmaker is planning to take. 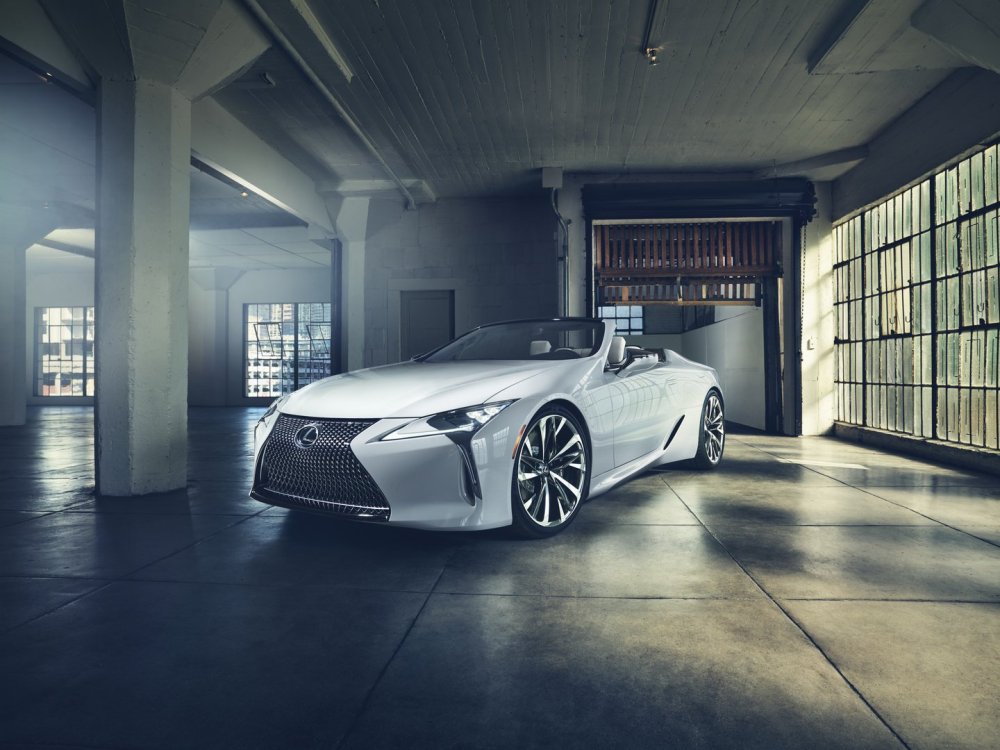 Taking off the roof makes the LC Convertible Concept a bit more attractive than the hardtop coupe, which is quite pretty in the first place. As most of the coupe lines and styling were faithfully carried forward to the concept, with the designers spending adequate time on creating an elegant rear deck, the convertible is magnificent to behold.

The show car doesn’t have a deployable soft top hidden under the rear deck right now, though there seems to be adequate space in there to house a foldable roof. Interiors feature white leather seats with yellow stitching and a black dash straight from the coupe. As we seem to be repeatedly saying, there is no reason why Lexus shouldn’t take this to production and soon. Though the manufacturer has not revealed the details on the engine powering the concept, it’s fairly easy to see the Lexus LC Convertible packing either the 5.0-liter V8 or the hybrid 3.5-liter V6 under its hood at the front, if it is green-lit.

We may have to live with a slightly less fuel-efficient car though, since power roof deployment systems add to the weight. But hey, that’s a not a big price to pay when you are driving around in a beautiful convertible like this.