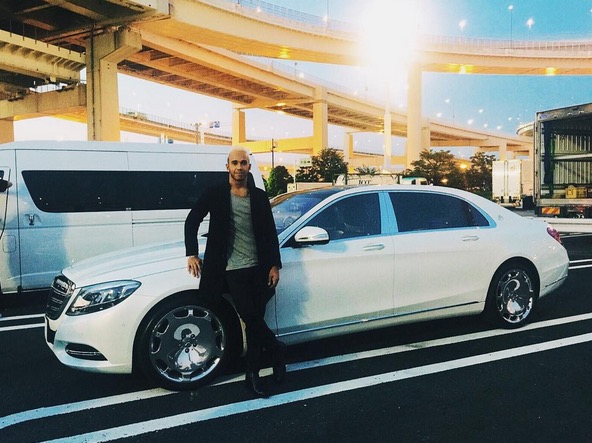 Lewis Hamilton just received a new company car. The F1 champion got a 2016 Mercedes-Maybach S600 from his current employers- Mercedes-AMG Petronas F1 Team. Lewis has been brilliant throughout the 2015 F1 season and currently leads the points tally. He recently purchased a LaFerrari which is currently parked in a garage somewhere in Monaco.

Lewis Hamilton also owns a one-off Pagani Zonda LH and a Koenigsegg. He also bought a Mclaren P1 recently. With such an awesome line up of supercars in his garage, we wonder when he would get time to ride in his new Mercedes-Maybach S600.

The Mercedes-Maybach S600 is the latest in the line of uber-luxurious Maybach cars. Under the hood of this limousine is a 6.0-liter bi-turbo V12 putting out 523 horsepower. Despite its massive bulk, the S600 is pretty darn quick.