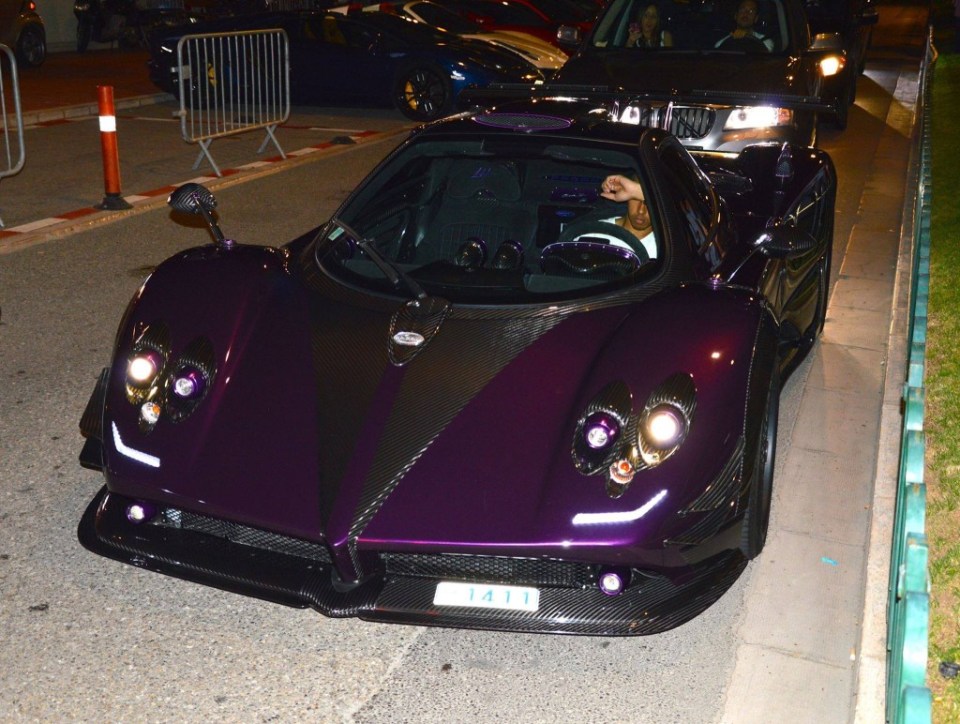 Lewis Hamilton was spotted in his unique Pagani Zonda 760LH in Monaco. The 2015 F1 World Champion was out shopping for some bread when he came across an army of paparazzis. Nope, that’s not true. Rather, we have no idea why Lewis was out in his Zonda that evening.

Anyway, that isn’t point. Having won the 2015 F1 championship, Hamilton is probably chilling in Monaco at the moment before the Australian grand prix in March which marks the beginning of the 2016 F1 calendar.

The Pagani Zonda 760LH was specially commissioned by Lewis Hamilton hence bearing the initials ‘LH’. It based on a Zonda 760 RS which is an updated version of the Zonda powered by a 760 hp AMG V12.

Hamilton is often seen driving his supercar around the twisty, narrow streets of Monaco. Previously a video had surfaced of Lewis charging through the famous Monaco tunnel in his Pagani. You can watch the video here.