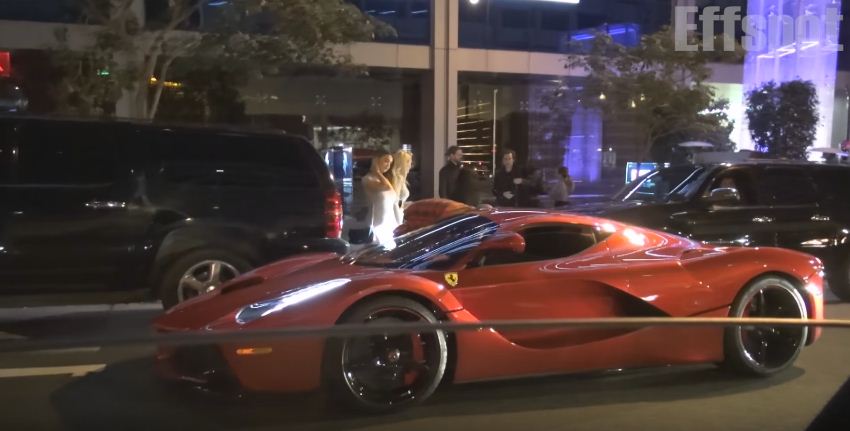 Lewis Hamiton and Justin Bieber seem to be good friends as the duo was spotted in Beverly Hills in Hamilton’s Ferrari LaFerrari. That said, we aren’t sure if Hamilton is actually a fan of Bieber’s music which apparently of the sane people in this world love to hate.

To tell you up front, we aren’t quite sure if Lewis was actually ferrying Bieber in his LaFerrari. The owner of the following video though does confirm the fact and wants us to believe that the duo were together that evening.

Effspot can be seen following Lewis Hamilton’s LaFerrari in what could be a BMW M3/M4. Later that night they spot Lewis’ LaFerrari parked in an apartment parking lot where upon further investigation they find Justin Bieber’s custom Ferrari 458 as well.

Watch the video and decide for yourself. Whatever the case, we’re sure Lewis Hamilton hates Justin Bieber’s music.

Lewis Hamilton and Justin Bieber spotted in a LaFerrari video: