Lamborghini is truly pissed with the skeptics who think they faked Huracan Performante lap time of the Nurburgring. So, Lamborghini decided to set thing straight once and for all by releasing the telemetry data.

Videos and articles have popped up all over the internet raising doubts over Lamborghini’s claims. Hopefully, this would silence the skeptics. 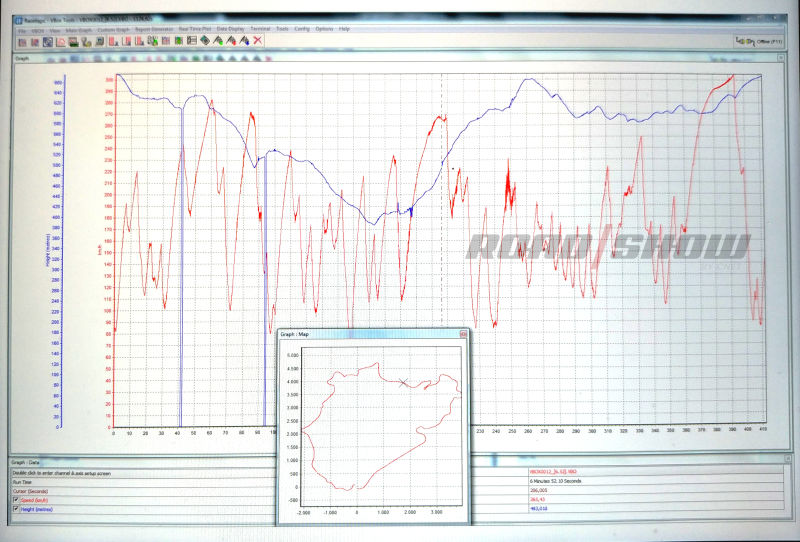 People had pointed out the GPS speedometer error on both the Aventador SV and Huracan Performante videos. Lamborghini has confirmed that these inconsistencies were caused due to GPS error as some “experts” have pointed out. Also, the video overlay was showing GPS data and not actual wheel speed, something Bridge to Gantry had talked about in his article.

Huracan Performante was 8 sec faster than the Aventador SV and 28 sec quicker than the base Huracan LP610-4.

Maurizio Reggiani who is the lead engineer at Lamborghini sat down with multiple media outlets during the Geneva Motor Show. He said that just looking at peak lap times in corners and straights only tells a small portion of the story.

As any racer will tell you, quite often it isn’t top speed that matters, but how quickly your car gets there. The Performante has a lower top speed around the ‘Ring than the Aventador SV, for example, but it gets up to that speed far quicker, and carries more speed out of the corners. 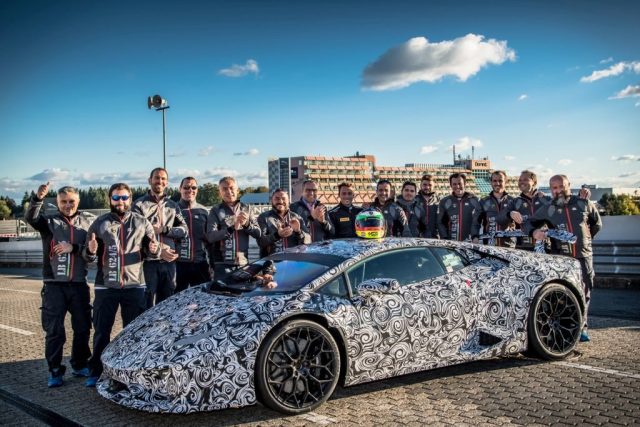 As for the tires used for the record lap, Reggiani confirmed that the Huracan Performante’s lapped the ‘Ring on Pirelli Trofeo R tires. These are basically semi-slicks that are street legal. Also, he categorically pointed out that customers can order these tires while speccing up their Performante. That said, the tire compound was specifically developed for this car by Pirelli.

Lamborghini’s patented active aerodynamics setup was crucial in achieving the record lap time. The system uses aero vectoring in the corners the results of which are similar to those achieved with the flaps on the Pagani Huayra.

So, after weeks of speculation we finally have the proof. For car enthusiasts like us, Nurburgring lap times are a big thing as we hope that car makers maintain this kind of transparency in the future.

Following the Huracan Performante’s record, other car makers are already lining up to challenge the 6:52.01 lap. First up is Koenigsegg who claim the One:1 can do a 6 min 40 sec lap. We would like to wish them the best of luck and hopefully they will keep it off the barriers this time around.