A Lamborghini Murcielago crashed near Shirley, MA on July 27, 2016. It looks like the driver was speeding and lost control of his supercar. The driver managed to flip the car as it came to rest in a hedge. It was reported that two minors were on board the ill-fated supercar at the time of the crash.

Luckily, the driver along with the kids escaped without any injuries, according to the local police. In a statement given to the police, the driver of the vehicle claimed that he was distracted and lost control of the vehicle causing it to roll over and rest on its roof. 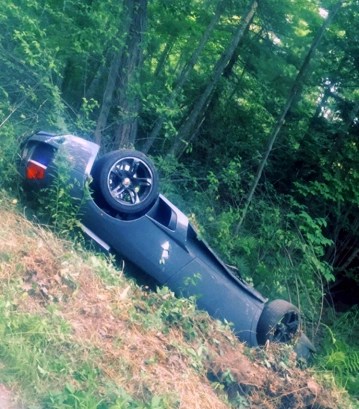 Moreover, the driver also had a suspended license for which he was booked along with other infringements, viz. Marked Lane Violation, Unreasonable and Improper Speed.